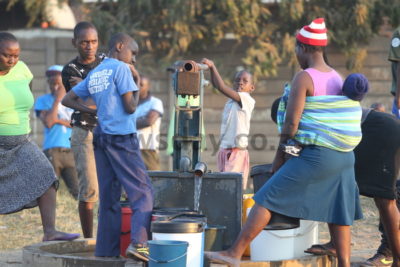 WATER shortages in Bulawayo are said to be affecting women the most as they bear the brunt of carrying water from communal points.

A report released by the Women Institute for Leadership Development (WILD) noted that the shortages were affecting women’s reproductive health.

Bulawayo remains under water-rationing despite the good rains that fell during the past rain season and the council saying its supply dams were over 66% full.

“A majority of the participants during the virtual meeting on water were from Bulawayo and a few were from Gwanda.  They noted that several women in Zimbabwe walked long distances to collect water resulting in them suffering strained backs, shoulders, and necks, as well as other physical injuries.  It is worse, particularly for pregnant women and those that have to fetch water carrying small children,” WILD programmes officer, Portia Madzivire said at the launch of the report on Thursday last week.

“The shortage of water is an insult to the hygiene of a lot of women. During their menstrual cycle, women experience hormonal fluctuations and a bloated belly and this has an impact on the digestive system and causes constipation, gas, and bloating. Drinking at least nine to 10 glasses of water a day during your period helps flush waste out of your system and for hygienic purposes. Women need to bath several times than usual, hence women need water during this period,” she said.

Madzivire said women were also at high risk of physical or sexual harassment at water sources.

“A survey that was carried out by WILD on gender-based violence in 2020 showed that women are victims mostly at public spaces. In some wards, they ended up introducing a system where very young girls were no longer allowed to fetch water at boreholes to avoid such abuses. It, however, compromises their hygiene and sanitation standards,” she said.