Bumper harvest to save US$200m 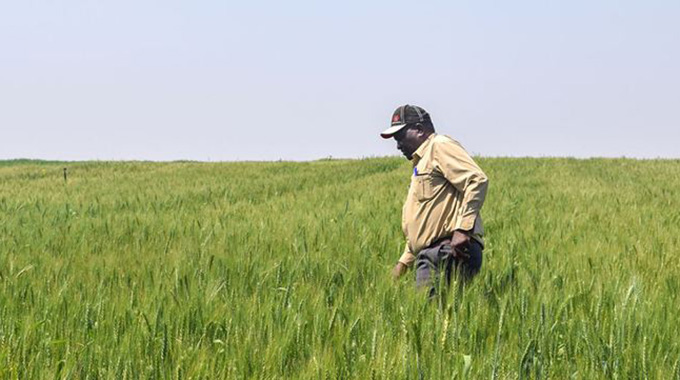 The forecast record maize harvest of 2,8 million tonnes and significant output of other crops such as soyabean, cotton and traditional grains could save the country more than US$200 million, which could be channelled to support ongoing projects to modernise the country’s infrastructure, improve standards of living and create employment.

Projections from the First Round Crop and Livestock Assessment Report for the 2020/2021 cropping season indicate maize harvests could rise to a 37-year high — and the highest output after the Fast-Track Land Reform Programme — due to a combination of good rains and thorough and timeous preparations.

More than two million households — against a targeted 1,8 million — from the country’s eight rural provinces benefited from the Presidential Input Support Scheme.

Inputs were, however, extended to farmers who had undergone training in the conservative and climate-proofed method of Pfumvudza/Intwasa.

Grain millers believe that foregoing maize imports could save US$200 million.

“We anticipate that the expected bumper harvest will provide us with adequate stocks to last us up to the 2022 harvest. This will save the country more than US$200m,” said Grain Millers Association of Zimbabwe (GMAZ) chairperson Mr Tafadzwa Musarara.

“We anticipate, at worst, prices will stabilise and of course at best, prices will come down. As you are aware, the Government controls the sale of maize and, therefore, the major determinant will be the GMB price to millers.

“International best practices dictate that we must have, at all material times, 24 months’ supply cover. This helps millers to be able to enter into long term-supply agreements with the retail industry.”

GMAZ, which represents large, medium and small-scale grain millers, said maize prices had a significant and direct impact on prices of stock feeds, meat and dairy.

The country’s maize import bill topped US$300 million in 2020, while wheat and soyabean imports chewed US$100 million each.

However, this year’s import bill is expected to be markedly less, as the latest report indicates the hectarage under maize rose to two million hectares in the 2020/2021 season against 1,5 million a year earlier.

At 2,8 million tonnes, the envisaged grain output would be significantly more than domestic demand estimated between two million and 2,2 million tonnes.

Maize planted in December 2020 is now ranging from early reproductive to maturity stage and constitutes about 49 percent of area under maize, with the bulk of it in good to fair conditions, with pockets of poor crops in the low-lying areas, according to the crop and livestock assessment report.

The November 2020 crop, which constitutes 41 percent of the total area, is now at the late productive to maturity stage.

However, Mashonaland West province has the highest hectarage of cereal crops such as sorghum, pearl millet and finger millet.

The province also tops in cotton, tobacco and soyabean production.

Tobacco, soyabean and cotton similarly rose by 7 percent, 33 percent and 40 percent in that order.

The anticipated bumper crop harvest could see Zimbabwe becoming food secure and begin the journey of reclaiming its status as the breadbasket of the region.

Lands, Agriculture, Fisheries, Water and Rural Resettlement Dr Anxious Masuka credited the huge strides in the sector to multiple targeted programmes such as the Presidential Input Scheme, the Presidential Cotton Scheme, the Sesame Programme and the Livestock Input programme, among others.

“This approach saw a lot of people accessing inputs under the Government Input Facility and was complemented by contract farming,” he said.

All these programmes are encapsulated in the Agriculture and Food Systems Transformation Strategy (2020-025), which is premised on growing agriculture from US$5,2 billion to a US$8,2 billion sector, contributing 20 percent of GDP by 2025.

Import substitution is expected to help free resources for developmental projects around the country.

Despite the good harvests, there are concerns over possible post-harvest losses, especially for smallholder farmers – who contributed 60 percent of the total hectarage – due to poor storage facilities.

Treasury is being urged to mobilise resources to ensure timeous payouts and funds to improve roads that will be used to transport agricultural produce to the market.

Government is also encouraged by the condition of livestock, which is generally fair to good across the country.

“Livestock in some communal areas is still in poor condition despite the good season as a result of poor deworming and overgrazing.

“The low body condition scores are due to poor deworming practices and poor quality of the veld,” reads part of the latest report.

“Improved livestock production and productivity is expected in the current season due to improved grazing quality and availability. Grazing area continues to decrease due to encroachment by human settlement, especially in communal areas.”