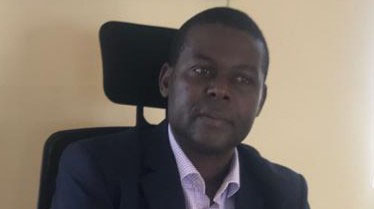 Zimbabwe expects a bumper harvest of traditional grain and cotton following concerted efforts by Government to promote drought-resistant crops to insulate farmers against the growing threat of climate change.

Most parts of the country received normal to below-normal rains in the just-ended summer cropping season.

The bulk of crops grown during the 2019-2020 agricultural season are ready for harvest.

Farmers, however, are optimistic of relatively better yields compared to previous seasons that were plagued by either drought or floods.

“Farmers are embracing traditional crops. These crops are the smartest agricultural insurance policy against droughts,” he said.

“In a move to promote the production of traditional grains, the floor producer price has been set at 20 percent above that of maize in the 2020 marketing season. It pays to grow climate-smart traditional grains.”

Government recently set the maize producer price at $12 329 per tonne.

One of the country’s largest cotton producers, Southern Cotton, said it was targeting to process up to 20 million kg of the white gold ahead of the marketing season tentatively set for next month.

“In terms of production, this is going to be our best year. After providing inputs to 60 000 farmers in all the country’s cotton-growing districts, we are targeting 20 million kgs.

“The yield per hectare is going to be high, at about 800 kg per hectare. This year is a big jump from the previous season when we managed just 5,5 million kg, which was mainly due to the bad drought,” he said.

Mr Nzenze said the increased cotton output would result in positive spin-offs for the ginning industry, as well as other sectors that rely on cotton growers.

“As you may know, cotton seed is one of the raw materials used in the manufacture of cooking oil, while some of the by-products of cotton also go to livestock feeding. So these industries will also benefit.

“There is also a lot of employment that is going to be created in our own industry. We are expecting to create over 1 000 direct jobs during the marketing season while more jobs will be created downstream.

“We are ready to buy the cotton and now we are expecting AMA (Agricultural Marketing Authority) to announce the (selling) dates and we will immediately deploy our people on the ground.”