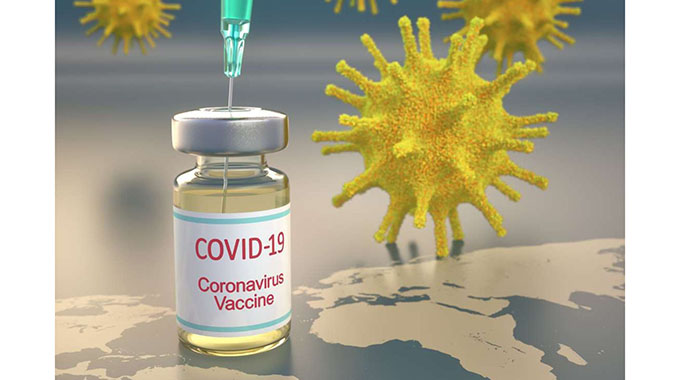 GOVERNMENT has been urged to buy more COVID-19 vaccines before the country holds its annual Zimbabwe International Trade Fair (ZITF) in July at its traditional venue in Bulawayo.

Recently, the country was hit by stock-outs of COVID-19 vaccines, especially in large cities like Harare and Bulawayo.

The country aims to inoculate more than 10 million of its citizens or 60% of its population to achieve herd immunity.

Bulawayo city health director Edwin Sibanda during the weekend said the city was worried about the COVID-19 vaccine shortages, especially as it would be hosting the ZITF.

“We should have vaccinated more people by the time the ZITF is held,” he said, adding that currently, they were only giving second doses.

Sibanda said they did not want a situation whereby the international trade fair would cause a spike in COVID-19 cases.

He said the stock-out of vaccines had largely been caused by an overwhelming number of people that wanted to take their first jabs.

“Initially, people were sceptical of the COVID-19 vaccines, but with time, the numbers started increasing and there was a stampede to be vaccinated,” the Bulawayo city health director said. “Some people were even going through their leaders to try and get first preference to get the vaccine ahead of others.”

Sibanda said they received slightly over 5 000 doses of the Chinese Sinopharm vaccine last week, but only half would be used and the rest would be kept for those that need the second dose.

He, however, clarified that getting vaccinated would not prevent one from being infected, and urged people to continue observing preventive measures.

“It is a bit ambitious to say one will not get COVID-19 simply because they have been vaccinated. Vaccines do not prevent infection,” Sibanda warned.

Meanwhile, there are concerns over the Typhoid Conjugate Vaccine (TCV) campaign, which has been overwhelmed by huge turnouts amid fears that the 10-day (24 May-June 4) period set aside for the vaccination programme would not be enough.

Bulawayo chief nursing officer Sithokozile Hove said while the numbers were encouraging, the workload had become unbearable for the teams involved.

“We have static sites as well as mobile teams, but in Bulawayo especially in schools the numbers are too much. It is a mammoth task,” she said.

Hove said they had resorted to roping in nurses from hospitals and a few retired ones to beef up the staff from council which is struggling with the large numbers.

“Given the timeframe, we will not be able to finish the task. The situation was worse in schools, where the teams were faced with over 2 500 pupils at most schools. At times, we have had to send two teams and they still cannot finish in a day and have to come back again.”

She said the other challenges they faced were the state of the roads in some parts of the country.

Nationally, the target is six million children must get the TCV dose, while Bulawayo is to inoculate over 245 000 children.