BULAWAYO’s fight against COVID-19 faces a major test amid reports of low morale among council health workers threatening to down tools over outstanding March salaries and non-payment of risk allowances. 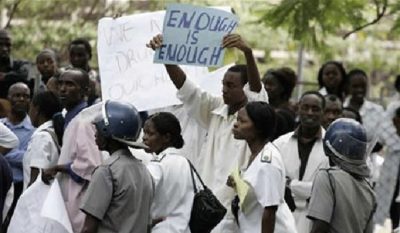 This comes after Bulawayo City Council’s COVID-19 contact tracing team received a thumbs up for controlling the spread of the virus in the city after it emerged as a hotspot in recent
weeks.

Bulawayo still has 10 confirmed cases, five of which were recorded on April 15, sparking panic among residents.
The city has now gone for nearly two weeks without recording new cases.

However, the local authority owes its employees 50% of their March salaries, with the cash squeeze blamed on COVID-19.

“There is some circular that came from the Health ministry which categorises workers as high and low risk, and how much they should be paid. As council, we will abide by that circular as soon as we are able to pay,” he said.

Government health workers have received risk allowances of up to $1 500 on a low, medium and high-risk sliding scale.

Mayor Solomon Mguni said council’s financial obligations have been severely affected by COVID-19.
“Our revenue collections have been greatly affected, for example, a lot of people are in the informal sector and the lockdown means they are unable to meet their obligations to the council,” Mguni noted.

Southern Eye is also in possession of a council circular from the human resources department to heads of departments dated April 17 stating that “council is not in a position to settle the outstanding 50% salary obligation for March 2020 in the interim”.

“However, outstanding payroll obligations for the months of March (50%) arrears and April 2020 will be settled once the council regains full business operation capacity, which is currently dependent on the anticipated relaxation of the prevailing national lockdown regulation order (Statutory Instrument 83 of 2020),” the circular read.

Health workers are at higher risk of infection as they attend to COVID-19 patients, sometimes without personal protective equipment.

Other occupational hazards in the face of COVID-19 include psychological distress.