Bulawayo City Council is worried about possible active transmission of COVID-19 after the city received 1 125 visitors from hotspot countries. 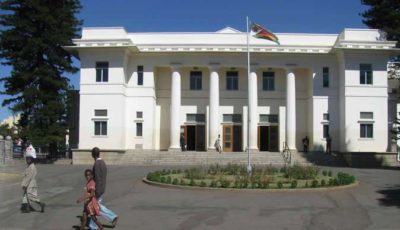 Council said although the visitors were being monitored, residents should heed the lockdown order and other precautionary measures to avert an outbreak in the city.

Mayor Solomon Mguni revealed this during a full council meeting on Wednesday.

“The total number of visitors that have come into Bulawayo from areas with confirmed COVID-19 cases and possibly active local transmission is 1 125. 100% of all travellers that came into the city during the month of February have been followed up at least once and are all asymptomatic.”

Mguni said the list of travellers that came into the city in March was received at the end of last week. Six-hundred and twenty-seven travellers are currently being followed up by environmental health practitioners.

“The City of Bulawayo continues to implement protective measures to reduce the general risk of transmission. These include activities such as contact tracing, active case finding, intensified shop inspections, health education on key messages that include self-isolation, social distancing, and hygiene practices, with special emphasis on the importance of staying at home to break the chain of transmission,” Mguni said.

Vending stalls are being placed a metre apart, at funerals only 30 mourners are allowed and for weddings, only 50 people can attend, limiting of the number of customers in a shop, Zupco queues and passenger management, as well as provision of sanitisers.

“Risk communication team is on the ground engaging the Zimbabwe Republic Police to enforce and also educate the public on the disease,” Mguni said.

“The city, through the call centre, receives on average 13 calls per day from members of the public who suspect others near them may have COVID-19. These are also followed up by the rapid response team. We continue urging members of the public to use these platforms for obtaining information and also for making reports on suspected cases moving around and I also urge those on self-isolation to adhere to recommendations made by the healthcare professionals.”

Mguni hailed stakeholders who were contributing towards the COVID-19 fight and rehabilitation of Thorngrove Isolation Centre.