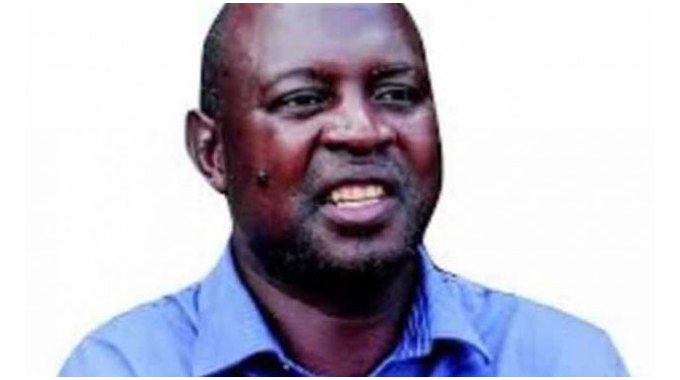 Robin Muchetu, Senior Reporter
MATABELELAND South has the highest HIV prevalence in the country at 21,9 percent, latest official statistics show, in what experts attribute to spousal separation caused by migration to neighbouring South Africa and Botswana in search of greener pastures.

According to the Zimbabwe Population-based HIV Impact Assessment (Zimphia) 2020 report, the National HIV prevalence rate stands at 11,8 percent. Prevalence rate is the number of people in a given population who have a particular disease/ outcome positive, in a particular place and time. Incidence rate on the other hand is the rate of new cases observed within a given time of a given population. National Aids Council monitoring and evaluation director Mr Amon Mpofu said Matabeleland South was a highly affected province.

“The truth is both prevalence and incidence rates for Matabeleland South are high, particularly Tsholotsho (Matabeleland North) with the highest followed by Bulilima and Mangwe. We suspect that it must be issues of our neighbours Botswana and South Africa where our people travel a lot to work in these countries, so we really believe that the issue of spousal separation is contributing to that,” he said.

He said the highest incidence rate was recorded in Bulilima and Mangwe while Mbire and Muzarabani districts in Mashonaland Central recorded the lowest numbers. Mr Mpofu said the problems have been exacerbated by the Covid-19 pandemic where access to health services has been disrupted.

“They are also having problems accessing health services, you notice that some of them were actually sending their families to collect ARVs on the Zimbabwean side while they are outside the country. But now with Covid-19 it was difficult to move across these countries so some of them could have faced problems of continuing treatment,” he added.

Because of the lack of access to health services during the pandemic, testing, treatment and adherence have also gone down. According to the report presented at a National Aids Council-organised workshop for editors and station managers in Chinhoyi last week, Binga has the lowest prevalence rate (5,3 percent).

“We suspect that it is caused by cultural issues, Binga has very strong cultural beliefs, it has always been having the lowest incidence and prevalence. Gokwe North, in terms of treatment coverage, is still very low, so we want to find out the reasons for this because treatment is related to testing, if people are not testing then it becomes a problem.

We are yet to find out other factors affecting Gokwe,” said Mr Mpofu.

The absolute number of new cases is relatively high in Bulawayo and Harare metropolitan provinces.

“Those are issues of populations. When you look at the population of these two cities, they are very high. Three percent of the population in Tsholotsho is not the same as three percent in Harare. Transmission is also determined by issues of high incidence rates. It is about concentration, in Harare the disease is more but not concentrated, where as in Tsholotsho and Plumtree, there is high concentration of HIV and it moves faster hence the high rates,” he explained.

“This number (22 000) is lower than previous years but we suspect that these people might be dying from other HIV-related problems like cancer, because cancer is killing a lot of people with HIV. We believe that these other conditions that are associated with HIV are leading to high mortality,” said Mr Mpofu.

In 2019, an estimated 25 000 people died from the virus while in 2018 and 2017 approximately 22 000 succumbed to the virus respectively. Mr Mpofu stressed the need for an integrated approach to tackling HIV and Covid-19 in Zimbabwe in order to maintain gains made so far.

“This is why we are justifying that we do not have to relax when there is Covid-19 and we stop focusing on HIV and turn to Covid-19 alone. We can actually have another disaster, we have more people affected by HIV than Covid-19. About 1,2 million people are on treatment and we want to ensure that these people do not affect the 13 million that are not infected,” he said.

Zimbabwe has achieved the 90-90-90 targets set by UNAids, where 90 percent of the population must know their status by getting tested, 90 percent starting treatment and 90 percent achieving viral suppression and is moving to the 95-95-95 targets which are to be achieved by 2025.

“High level meetings will be held this year where we will have new commitments so we are not yet sure what will come out of those meetings but our strategies will be the three 95s. Issues of mainstreaming HIV into Covid-19 will probably be top on the list because they are both caused by viruses and they seem to affect many people at the same time,” he said. — @NyembeziMu.