BULAWAYO residents have given the Zimbabwe National Water Authority (Zinwa) a two-day ultimatum to fulfil its promise to supply water from the Epping Forest to the city. 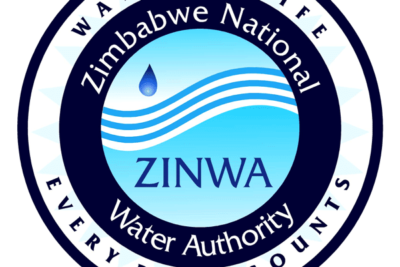 Most Bulawayo residential areas are facing serious water shortages, with some going for more than three weeks without tap water. High-lying areas have been without water for over five months.

The Bulawayo Water Action (Buwa), in a statement yesterday, said it had started the countdown with members displaying posters reminding Zinwa to fulfil its promise to provide water by month end.

The residents said in August, Zinwa confirmed through public media that it had received $205 million for the Nyamandlovu Epping Forest Bulawayo water augmentation project.

“On October 10, Buwa and Bulawayo Progressive Residents Association members toured the project site where they were apprised by Zinwa operations manager, one Matare and Gwayi Catchment manager Tonny Rosen on the progress made,” Buwa said.

“During the tour of Epping Forest, the Zinwa officials reiterated their position to have the project completed by the end of October. Buwa has, therefore, begun a process where it is using social media to get Bulawayo residents to count down to the end of October deadline.”

Buwa said the countdown was meant to remind Zinwa of its commitment and to show it that as residents they were seriously in need of the water from Epping Forest to alleviate the water crisis.

“The countdown will be done until October 31 where we expect Zinwa to issue an official statement clarifying if they have met their target or not. Should Zinwa confirm that water is now flowing to Bulawayo on October 31, we shall shift our focus to Bulawayo City Council and ask it to prove that there are 10 megalitres of water coming by improving the water schedule scheme,” Buwa said.

“This is not a protest, but it is active citizenship where residents are exercising their fundamental rights and freedoms and their duty to hold duty bearers to account. This action is open to anyone who wants water seriously and we invite even those outside Bulawayo to stand in solidarity with us. It shall continue everyday until the 31st of October 2020.”

Zinwa in September started drilling boreholes at Epping Forest in Nyamandlovu as part of efforts by the government to augment water supply in Bulawayo following the release of $205 million for the project.

The money was disbursed to Zinwa which is mandated to supply raw water to the local authority.
Part of the money was channelled towards upgrading the Mtshabezi Dam pipeline. Treasury released the funds in August as the government affirmed its commitment to address Bulawayo water woes.

As of mid-September, it was revealed that five boreholes had been drilled at the Nyamandlovu Aquifer with five more expected to be completed before
year-end.