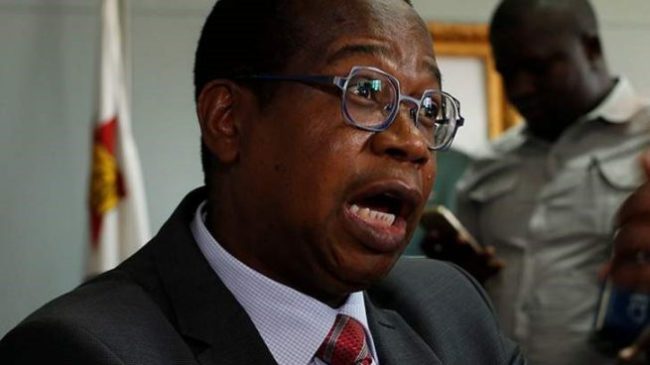 CABINET has admitted that the 2% intermediated electronic transaction tax introduced by Finance minister Mthuli Ncube in October last year is fuelling price hikes, as businesses pass on the cost to consumers.

Addressing a post-Cabinet media briefing yesterday, Information minister Monica Mutsvangwa said government was worried about the price hikes that have impoverished the citizens.

“Cabinet discussed in considerable detail the urgent need to take steps to address the price hikes that are affecting citizens through the erosion of incomes,” she said.

“While noting the concern, Cabinet generally attributed the price hikes to currency volatility, the apparent application of replacement pricing by business owners, adverse inflationary expectations, the high cost of electronic financial transaction, shortage of cash in the economy and increased demand for foreign currency to fund imports.”

Ncube’s controversial 2% intermediated money transfer tax came into effect on October 13, 2018 following its gazetting through Statutory Instrument 205 of 2018 as part of government’s Transitional Stabilisation Programme and immediately triggered a spike in the US dollar black market rate and a wave of price increases across the country as businesses tried to conform to the new tax measures.

Despite the outcry by business calling for its scrapping claiming it was negatively impacting on production costs, President Emmerson Mnangagwa and his Finance minister have vowed the measures aimed at widening government’s revenue collection would stay.

“Accordingly, Cabinet wishes to inform the nation that in the short to medium-term the situation alluded to will be addressed through the systematic injection of more cash into the economy in a manner that does not exacerbate money supply growth and which erases cash arbitrage,” she said.

Despite the admission, Ncube said the 2% tax was not going anywhere.

“It is not going. It is good for compliance and we know exactly how much we are collecting every day. Companies owe as much as $3 billion (in other taxes) which the tax collector is failing to get, but with this, we have 100% compliance,” he said.

Government, through Cabinet, committed to cut the costs of electronic transactions.

“Cabinet also took cognisance of the urgent need to reduce the cost of digital transactions as well as come up with a social contract under the Tripartite Negotiating Forum, which brings together government, business and labour in order to agree on mechanisms to ensure a stable macro-economic environment taking into account salaries and prices of goods and services,” Mutsvangwa said.

Meanwhile, government also said it was pressing ahead with its plans to charge doctors who have not been reporting for duty over the past two months.

Teachers are Not on Strike but Gvt has Incapacitated them

MRP leader fears for his life

No to govt bullying: Teachers