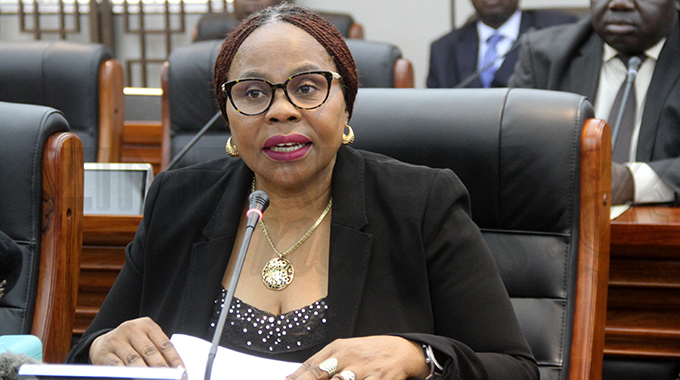 Herald Reporter
Briefings introduced after Cabinet meetings by the Second Republic have significantly helped in keeping the nation abreast of Government decision making and has killed the speculation that existed in the past, Information, Publicity and Broadcasting Services Minister Senator Monica Mutsvangwa said this week.

Giving the keynote address at the recently held Davos World Communication Forum in Lusaka, Zambia, early this week, Minister Mutsvangwa said post-Cabinet briefings were giving cues to the nation on how to respond to Government decisions.

The briefings made sure that the nation as a whole could keep pace with Government decision making.

“It keeps citizens on the same pace and vibe with Cabinet, as well as with each other in various sectorial activities,” she said.

Before the Second Republic led by President Mnangagwa, Cabinet would meet, but the nation would not be apprised of the outcomes.

The three-day forum brought together communication experts, policy makers, academia, diplomats, the private sector, marketers, advertisers, journalists and brand managers from different parts of the world to deliberate on various topics that dealt with “Communication in a Changing World: Challenges and Chances.”

Minister Mutsvangwa, who joined her Zambian and Botswana counterparts, Dora Siliya and Thulagano Merafe Segokgo, said there was need to adapt to the ever-changing world.

“When Covid-19 struck and many of our countries went into total lockdown, we had to find ways of communicating awareness messages, preventative and protective measures and social issues,” she said.

“What worked yesteryear could not necessarily produce the same results today. So, the way we greeted, interacted and communicated had to change. Digital communication was our ready-made solution and in Africa we had the demographics for it.”

Minister Mutsvangwa said communicators had to be ingenious in reaching their audiences, as the threat of fake news had grown due to increased access and use of social media.

As a way of increasing the public’s access to information and policy making decisions, the Second Republic under President Mnangagwa, had introduced the post Cabinet briefings.

The Zimbabwe audience rating for the post Cabinet briefings in both print and electronic media was one of the highest, demonstrating that citizens were eager to hear and engage their Government on governance issues.

The importance of transparency and interactive communication between governments and citizens was further highlighted by the World Communication Forum vice president, Solly Moeng.