Caledonia to increase Blanket Mine stake 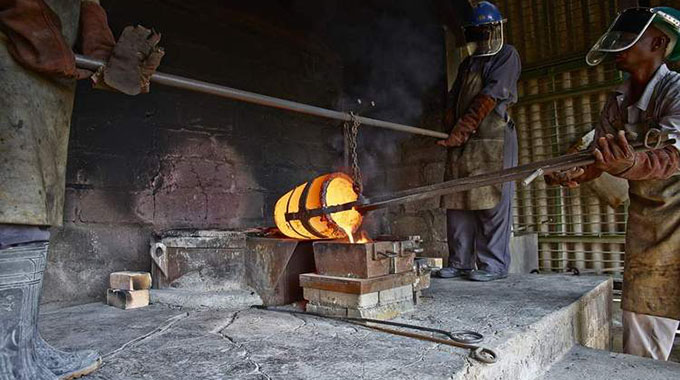 CALEDONIA Mining Corporation says it is targeting to acquire 15 percent shareholding in Blanket Mine, a development that will see the mining group having controlling stake of 64 percent in the mine.

The company also revealed an improved outlook and proposed an increase in quarterly dividend payments by 9 percent to 7,5 cents per share.

The mining firm has been on a positive trajectory having recorded 55,182 ounces of gold in the year to 31 December 2019, which is about 671 ounces better than 54,511 ounces realised the previous year.

To maintain this solid performance, Caledonia says it aims to grow its capacity from the pending commissioning of its central shaft towards the end of 2020 financial year.

Just before the end of 2019, the mining concern announced its successful commissioning of an oxygen plant at the aforementioned mine, marking a series of capital expenditure projects that are aimed at growing production at the same time improving operating proficiency.

Caledonia Mining Corporation, which is Toronto Stock Exchange-listed, indicated its intention to invest in a solar farm in an effort to deal with the crippling power cuts that were experienced in the country for the better part of last year.

Resultantly, US$4,2 million increase in working capital was recorded.

This was attributed to growth in inventories, part of which relates to increased stocks of diesel to protect against electricity interruptions from the grid.

The mining concern, however, indicated that all the aforementioned enhancements are aimed at growing gold output to 80 000 ounces per annum by 2022.

In the period under review, Caledonia reported revenue of US$75,8 million, up from US$68,4 million, as operations at the Blanket Mine marked new production records for the year.

In an interview with Proactive a United Kingdom based media house Mr Curtis said; “I am delighted by Blanket Mine’s strong performance, which resulted in a record level of production in the fourth quarter.”

“Increased production, combined with lower on-mine costs per ounce and an improved gold price, resulted in a substantial increase in profit.”