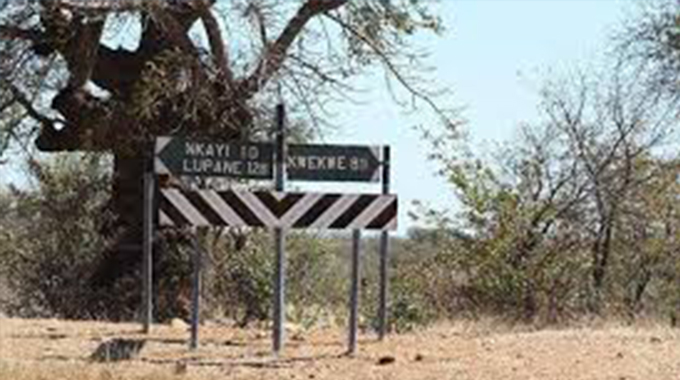 NKAYI South Member of Parliament Cde Stars Mathe has said road accidents like the recent one that claimed six lives in the area could be avoided if the road was rehabilitated.

Six people died while 20 others were injured last week when a commuter omnibus they were travelling in veered off the road before overturning at the 24km peg along the Bulawayo-Nkayi road in Bubi. Cde Mathe visited some of the injured passengers last week at Mpilo Central Hospital in Bulawayo where she blamed the state of the roads in her area.

“I have been to Mpilo to see the survivors who are from Dlawa in Nkayi South. The fact that there were 26 people in a Toyota Hiace is because the people have no bus that plies that route. People will try to fit in the small kombi that is available,” she said.

The major challenge, she said, is the road network as transport operators do not want to go through Dlawa to get to Magazi because the road is bad.

“We tried to implement food for work programmes to fix the road but that is not enough. Transport operators do not want to damage their vehicles by using that route.

“This transport operator who was kind enough to ferry people put his kombi on that route despite the bad road. If we had a bus 26 people were never going to squeeze into a kombi. I am calling upon the business community to assist the Government to ensure that we have a good road in the area,” she said.

Cde Mathe said Zimbabweans outside the country who come from Nkayi must also help.

“Even those in the diaspora and are from Nkayi, they need to help, we can never have people from Binga coming to develop our area, we need to do it ourselves. We have a grader that was availed to us and we now need fuel so that the road can be fixed,” said Cde Mathe.

She said transport operators must also be considerate and ensure that they do not overload their vehicles.