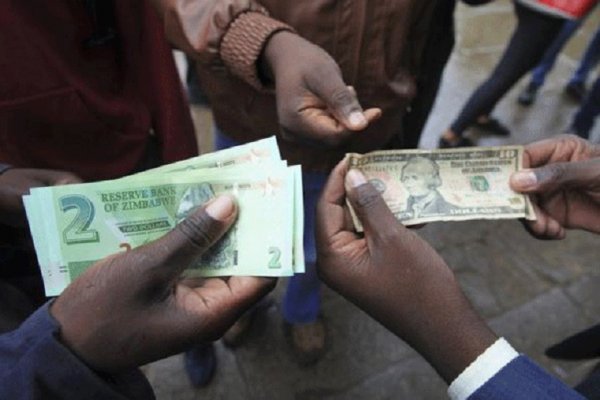 The Institute of People Management of Zimbabwe (IMPZ) has called for an upward review on the taxable wage threshold from RTGS$350 to cushion workers from the rising cost of living.

In the 2019 National Budget, Finance minister Mthuli Ncube reviewed the pay-as-you-earn (PAYE) tax free threshold to $350 from $300 to increase disposable income for employees, but an imploding currency crisis has brought inflationary pressures which have seen incomes being eroded.

IPMZ is a local association of human resources professionals.

The meeting is part of the Alpha Media Holdings Conversations initiative.

“The tax is not doing them (employees) any favours. So, with that tax-free threshold, plus the 2% (transfer tax) on every transaction, I do not know what
the worker has. The biggest message I want to leave for the minister is really around a PAYE review.

“What that means is that the employee is poorer and cannot access the same things they could access last year. Now, they are putting pressure on business to increase salaries using the exchange rate. But, what we know as HR (human resources) professionals is that when we increase salaries we do not follow the exchange rates, we follow inflation and this is how it works the world over,” Nyika said.

In a survey done to ascertain the impact the monetary policy has had on industry, IMPZ found that 85% of companies converted to real time gross settleme-based salaries with 8,7% still offering US dollar-based wages after government scrapped the 1:1 US dollar to RTGS exchange rate.

The Zimbabwe Congress of Trade Unions president Peter Mutasa said salaries could not be adjusted according to inflation alone, but needed a holistic approach that included tax and the exchange rate.

“The businesses must also understand the role of disposable income to demand and enterprises sustainability. Soon their businesses are going to fold up due to low demand. It’s a zero sum game they are playing. They know that the inflation rate is manipulated and does not reflect the true extent of the erosion of workers’ salaries,” he said.

“We need to simply restore the purchasing power of salaries by factoring in the exchange rate loss. This will not be a salary increase, but just an adjustment to restore the eroded value. There is no logic in increasing prices based on parallel market exchange rate, but peg salaries on inflation. That is outright madness informed by primitive accumulation mentality.

“We expect them (businesses) to make use of inflation in terms of how they adjust their prices. You will find that for most companies, import intensive companies, they are still using 40% to 50% of their factors of production being of a foreign component or forex component. But, when they adjust prices they simply go for the rate as it is,” Mutasa noted.

“This puts a disproportionate price increase which leaves everything out which is why we are seeing the purchasing power across the board being eroded because when you go to the workers their salaries would have been adjusted on the basis of inflation.”