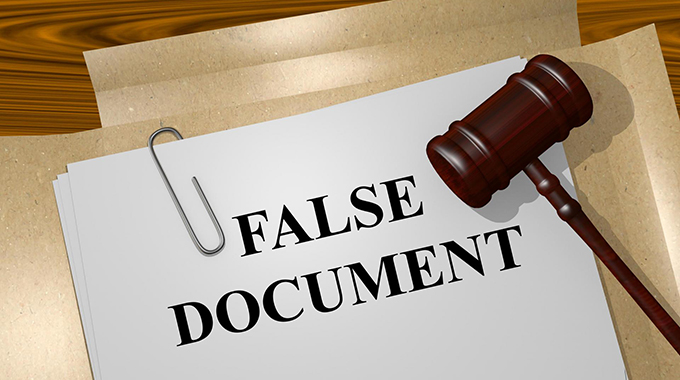 Two Cameroonians who illegally entered the country using forged visa approval letters have been fined $10 000 each while a Zimbabwean, accused of generating the letters, was remanded in custody pending trial.

Arnold Gadzikwa will be back at the Harare Magistrates’ Court on June 21.

In a statement, the Department of Immigration’s spokesperson Assistant Regional Immigration Officer Memory Mugwagwa said the two were arrested at Robert Gabriel Mugabe International Airport on May 26.

“Nzingnia Arnaud and Nguimfack Zebaze Vitrylaine arrived in Zimbabwe aboard an Ethiopian Airlines flight on 26 May 2021 whereupon they presented themselves before the Immigration Department at the airport for entry clearance. It was during checks on their documentation that it was discovered that there were anomalies on the visa letters they had tendered for the process.

“The letters, in terms of the law, are issued by the Department of Immigration to facilitate entry into the country of those nationals who are in the Category C of the Zimbabwe visa regime,” reads the statement.

Verifications made with the Department of Immigration headquarters confirmed that the letters were not generated from its system. There was no trace of the letters in the Immigration Department’s database. Further investigations established that Vitrylaine had submitted an online application for the visa which was turned down by the department on 12 April 2021 while Arnaud also made an attempt to apply for the visa but never completed the process.

In a desperate bid to travel, the two then sought the services of Gadzikwa, who allegedly produced the fake letters.