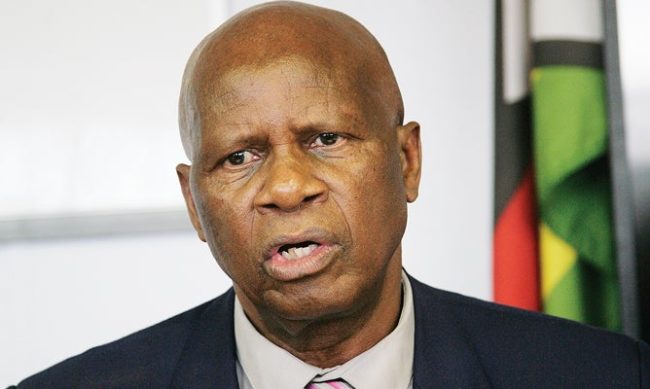 ZANU PF infighting came to a head in Wednesday’s politburo meeting, where two rival camps sought to deal with corruption allegations levelled against President Emmerson Mnangagwa’s allies by the party youth league amid indications that all sides were compromised.

Sources who attended the stormy meeting said there were calls from a clique to have youth league deputy secretary Lewis Matutu and his political commissar Godfrey Tsenengamu fired for good from the party.

But a group perceived to be pro-Mnangagwa fought on the side of the youth.

A “remedial” position was taken to have the duo suspended for a year from their positions, but to remain ordinary card-carrying members, while youth league boss Pupurai Togarepi was stripped of his politburo post.

Politburo member Christopher Mutsvangwa confirmed to NewsDay yesterday that there was, indeed, robust debate on the matter.

“Remember, you are talking to someone who has had fingers pointed at by the youths, not only me, but even my wife (Monica), but my point was on principle that vana vadiki vanodzidziswa, even bhaibheri rinoti regai vana vadiki vauye kwandiri (young ones are schooled, even the Bible says let the young ones come to me),” the Zimbabwe National Liberation War Veterans Association chairman said.

Asked about the talk that the fight in the politburo was over control of cartels for self-aggrandisement by some elements, Mutsvangwa responded: “I am not an authority, but I have an opinion on that debate about cartels. I am an economist and I studied finance, so I try to understand how economies operate. I was the first to even put the word cartel in our political debate. I feel strongly that the economy needs to be liberalised to a more equitable system.

“We need foreign direct investment, which comes without seeking favours from political connections. It should be coming into the country on the basis of bid and reward, that is all we need. Otherwise the President’s ‘Zimbabwe is open for business’ call is undermined if there is a perception by others that there are companies which are always jumping the queue in Zimbabwe.”

Mutsvangwa added: “We need to level the playing field and that we must do and I am glad some international companies who want to protect their reputations are pulling out; if you saw what Trafigura has done, distancing themselves from underhand dealings.”

On Tuesday, global commodities trader Trafigura said in a statement that it had signed an agreement to take over full control of the Zimbabwean business after buying Kudakwashe Tagwirei’s Sakunda Holdings’ shares.

Trafigura held a minority stake of 49% in Trafigura Zimbabwe, with Tagwirei’s Sakunda, which also operated Puma Energy outlets, holding the controlling interest.
Reports suggest that the move by Trafigura, one of the world’s largest oil and metals brokers, could help it to stave off the likely impact of possible Western sanctions and growing local pressure on Tagwirei.

“The move by Trafigura is an indication that the message against corruption is getting out there,” Mutsvangwa said.

Zanu PF acting spokesperson Patrick Chinamasa said he was not in a position to discuss politburo deliberations, adding his official statement on Wednesday was enough.

But observers said the fight that ensued in the Zanu PF meeting exposed the long-standing deep-rooted divisions in the ruling party as bigwigs fight for control of oil supplies and maize distribution, money-spinning conduits for political leaders.

Tsitsi Muzenda is said to have charged during the meeting that operations of the cartels were affecting party structures amid allegations that political leaders were protecting them.

Vice-President Kembo Mohadi is said to have assured the youths that their suspension was not the end of the world as their actions were not out of the ordinary.

Mohadi claimed he once acted in a similar manner in his youthful days, leading to his suspension in 1978/9.

Some politburo members who argued for the youths’ expulsion from the party yesterday said it was clear the youths were fronts of a powerful political actor in Zanu PF, who did not want to come out in the open.

“They wanted to silence us as if we are in (army) barracks. Hakusi kumabarrack kwaunoda kutinyararidza (We are not at the barracks, so don’t shush us),” a senior official fighting on the side of the youths said.

Business tycoon Billy Rautenbach, who runs Green Fuels, and Grain Millers Association of Zimbabwe chairman Tafadzwa Musarara were also named together with Tagwirei as individuals bleeding the country’s economy by allegedly engaging in activities which are having a negative impact on prices of various commodities.

The youths alleged that the cartels were very powerful and had been left to do as they please for a long time, alleging they were boasting of political protection by senior members.

Togarepi said he remained a cadre of the party and would follow the decision of the politburo.

Matutu remained defiant, saying: “Self-sacrifice is the most honourable and selfless thing you can do in your life. Better to die for something than to live for nothing.”

Matutu and Tsenengamu will today address a Press conference in Harare to announce their next course of action.

“We will give leadership tomorrow. That is when we will speak and officially comment on the latest developments,” Matutu said.

Tsenengamu has already said he will not be enrolling at the Zanu PF’s Herbert Chitepo School of Ideology, claiming he already knew the party’s ideology, which was now allegedly being hijacked.

“The fact that I was holding a senior position in the party shows you that I know what the party stands for,” he said.

“Only as a lecturer will I go to Chitepo Ideological College for I identified my students yesterday. Chitepo was neither a thief nor a looter.”

Insiders said at the end of debate, Chiwenga was pushing for punitive punishment, demanding that the three be fired from the party.

A highly-placed source said Mnangagwa tried to play a balancing act as he stood on the side of his deputy, who was central in the ousting of late former President Robert Mugabe.