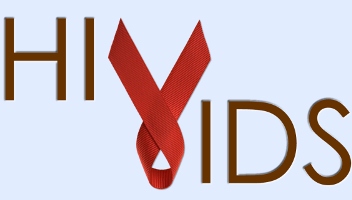 HARARE – Dorothy Mudzamire of Siyakhovu in Kariba is afraid of dying.

She is painfully thin.

Mudzamire, 27, said she has been hit hard by the worsening economic hardships prevailing in the country.

She has had to ration the little food she gets to survive — but this is particularly dangerous for her because she is living with  HIV/Aids.

Mudzanire is receiving anti-retroviral (ARV) treatment — which slows the development of HIV and holds off its progression into Aids. But crucial to the proper functioning of these drugs is good nutrition, doctors say.

Mudzamire said her community would be grateful if a donor was sent to provide food for women surviving with HIV and Aids in Siyakhovu.

“If you take ARVs without eating properly you can faint. If possible, we would be grateful if a donor who would provide food for us was sent so that we do not suffer any complications during the tough times that the country is faced with,” she said.

“I have always had challenges in trying to fend for my family, but the current situation is unbearable since I cannot even afford to buy food.

“HIV positive women have to eat nutritious food all the time but now that prices have gone up, I can’t afford some of the things that I used to,” the mother of three said.

Mudzamire said nowadays, it has become more difficult for her to get money as she usually depends on selling firewood to other community members, who are also complaining of empty pockets as a consequence of the worsening economic meltdown.

“When people buy the firewood, we can at least use the money to buy cooking oil and food, but these days very few people are buying,” Mudzamire said.

Anita Kwaramba from Mhondoro Ngezi who was born with HIV/Aids, also bemoaned the economic crisis highlighting that the Pan African Positive Women’s coalition (PAPWC) has helped them to be strong in these difficult times as they interact with other women through community groups.

The women opened up to the Daily News during a workshop organised by PAPWC in Kadoma last week.

The 31-year-old said the cholera outbreak saw to the closure of their vending spots, so now they are struggling to take care of themselves and fend for their families.

“PAPWC has helped us a lot as we are now able to connect with other women living with HIV,” she said.

“However, the cholera outbreak led to the closure of our vending points which were helping us raise money. Now we do not have the money to take care of our needs.”

Aid agencies are warning that the worsening economic crisis has disrupted supplies of HIV/Aids drugs and hampering the fight against the virus in the country with one of the highest infection rate.

Pharmacies are also demanding payment for drugs in US dollars.

The Pharmaceutical Wholesalers Association (PWA) has said that the current economic turmoil has had “a devastating impact” on the health sector.

“The situation deteriorated sharply over the past three months during which the association was allocated five percent of the foreign currency it needed.

“Collectively, association members owe their foreign suppliers $27 million, and this has led to the suspension of credit facilities, and suppliers now demand prepayment of any new orders,” it said.

It also warned that it would take a long time to have enough drugs in the country once the supply chain dried up, as importing key medicines into the country took between four and six months on average.

With a tenth of its adult population, or more than 1,4m people infected, Zimbabwe ranks as the most Aids-affected country.

President Emmerson Mnangagwa’s government has resolved to fix problems in the pharmaceutical industry, but as the full extent of the budget crisis has become clear, that commitment is slipping and those on Aids drugs are being hit hard.

Mnangagwa has said a stable health environment is a people’s right and a key social pillar of his Vision 2030.

“Our ministry of Health and Child Care has isolated 19 drugs which must always be in stock and available in clinics and hospitals to underpin our primary healthcare,” Mnangagwa said in his weekly column last week.

He claimed Zimbabwe has registered remarkable success in containing communicable diseases, even becoming a global model on best practices.

“Our pharmaceutical industry used to be very strong and competitive, even well-reckoned within the region and beyond. I am talking of heyday of pharmaceutical manufacturers and enterprises like CAPS, Datlabs, Pharmanova, Varichem and many such drug manufacturers,” he said.

“We have since lost that capacity and have become a net importer of essential drugs. This we must reverse.

“For that reason, our healthcare system is now exposed to external shocks and to the ups and downs of our economy. We need foreign currency to import medicines. Foreign exchange earnings are a function of our ability to export,” he said.

He admitted that at no time has this turbulent link between the state of the economy and the availability of drugs and other pharmaceutical products in the country been so direct and impactful as in the past weeks during which the economy has registered sharp shocks and challenges.

“Although we are slowly creeping out of this economic trough, the negative impact this bad patch has had on the healthcare sector is still being felt. The drugs supply situation in the country had deteriorated, with many key drugs either unavailable, unaffordable or in short supply. In the majority of cases, these drugs which are mostly imported, were now being sold in hard currencies, thus adding an additional burden on the sick. This is unacceptable,” Mnangagwa said.

“There are things we have to do to check, arrest and reverse these adverse developments, and to stop their recurrence.

“Principally, foreign exchange releases to the health sector must be upped initially, and then maintained at levels which avert stock-outs. Our disbursement decisions must rest on an understanding that health is a human need which thus cannot be postponed without endangering human life,” he said.

This comes as importers of essential drugs have accumulated a debt of about US$27 million.

“Today these importers’ creditworthiness in the eyes of their foreign suppliers is very low. The debt has accumulated largely because of scarce foreign currency for foreign payments.

“We thus need a double thrust on this front, namely dealing with the legacy debt in the industry, while meeting current drug needs and stocking for the future.”

He said figures before him show that recent disbursements by the RBZ have largely been swallowed by the legacy debt, with very little going towards fresh orders of pharmaceutical products with which to meet current demand, let alone for restocking.

“In the immediate and interim, we must use our national drug store facility, NatPharm, which is the least encumbered, as our vehicle for placing fresh orders for medicines, while we tackle the legacy debt,” Mnangagwa said.

“Where foreign drug suppliers have local agents who may be incapacitated to import for reasons already cited, some arrangements may have to be reached with NatPharm so we move speedily to plug the import gap.”

He said drugs may have to be imported through government-to-government arrangements, with the responsible ministry, supported by the ministries of Finance, Foreign Affairs and Transport, moving with speed to secure arrangements and to move drugs to stabilise the situation in the shortest possible time.

NatPharm requires about US$60 million to stabilise the drug supply situation in the country. Mnangagwa claimed “this will be made available while we mobilise funds to retire the legacy debt so as to reopen relations with foreign suppliers.”

Zimbabwe people Living with HIV Apex board chairperson Evelyn Chamisa said women are being overloaded as they are not only infected but are affected as they also have the burden of taking care of their families and the community at large.

“The current economic crisis has affected the quality of life that women are living. Women are no longer eating well as they spend most of their time in long queues looking for food,” Chamisa remarked.

“Some of them spend their time in vending points hoping to get money from the goods that they will be selling but you will also find that they are not profiting much because people don’t have the money to buy at all these days.”

Now that accessing drugs is a challenge, most of them are struggling as pharmacies now want USD, she said.

“There are certain instances where we will be in need of other medication which is not ARVs. Last week, for example, I fell and fractured my arm. I went to the clinic and got a prescription. When I got to the pharmacy, they were demanding USD,” Chamisa said.

“How are we supposed to get medication when pharmacies are refusing to take bond notes?”

Of the 1,4 million people living with HIV, over 60 percent are women.