Cause of Cde Mugabe’s death revealed 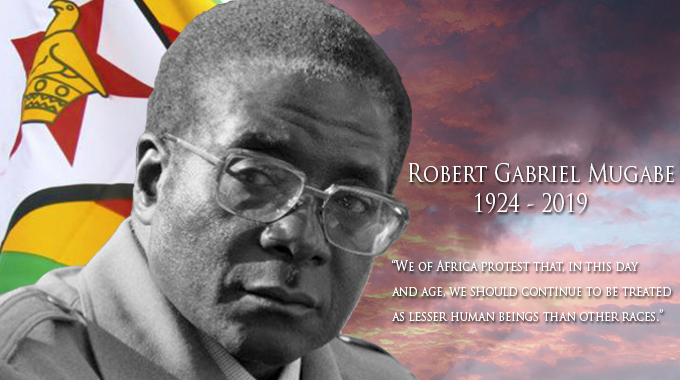 The revelation  follows widespread conjecture and theories. However, impeccable sources said that Cde Mugabe had died of advanced prostate cancer, which he failed to recover from after a six-month stay in Singapore, where he received treatment at Gleneagles Hospital.

Prostate cancer spreads when cancer cells break free from the prostate and spread to other organs which might cause new tumours.

According to internet medical sources, advanced prostate cancer is hard to cure as it often moves into the bones before spreading to other organs including the lungs, liver or brain.

The sources revealed: “The President’s death has been subject to speculation since he passed away, but I can authoritatively reveal that he died from prostate cancer. The cause of death had not been known to many people except his close family members.”

According to the sources, Cde Mugabe had been going for month-long routine check-ups to Singapore before his physicians resolved that he be kept under observation for much longer, from early April this year.

The sources revealed that although the former leader looked frail and wheelchair bound, in his last days, he still maintained a sharpness of mind as he could easily recognise faces and engage in insightful conversation.

Meanwhile, the family of founding leader and national hero is now solely in charge of his interment including the construction of a mausoleum where the remains will be buried at the National Heroes Acre. The construction of the mausoleum is envisaged to be complete in about at 30 days.

Speaking on condition of anonymity, a family source said the body of Cde Mugabe was yesterday lying in state at his Borrowdale Brooke mansion.

Ministry of Information, Publicity and Broadcasting Services Permanent Secretary Mr Nick Mangwana said in a brief response that; “I am out of the country. Currently, we defer to the family as far as this issue (funeral proceedings) is concerned.”

Contacted for comment Mugabe family spokesperson, Mr Leo Mugabe said; “I have rushed to my farm for some personal business. Please try to talk to (Walter) Chidhakwa.”

Contacted for comment Mr Chidhakwa said the family was in a series of meetings. He added that; “the public will be notified of any developments in due course, when the need arises.”

Chief Zvimba, Mr Stanley Mhondoro, said  further details of the funeral proceedings would be availed after the completion of the mausoleum.

Government conferred a special honour on the former President, which entails constructing a mausoleum on top of the National Heroes Acre where Cde Mugabe will be buried.

A mausoleum is an external free standing building constructed as a monument enclosing the interment space or burial chamber of a deceased person or people.