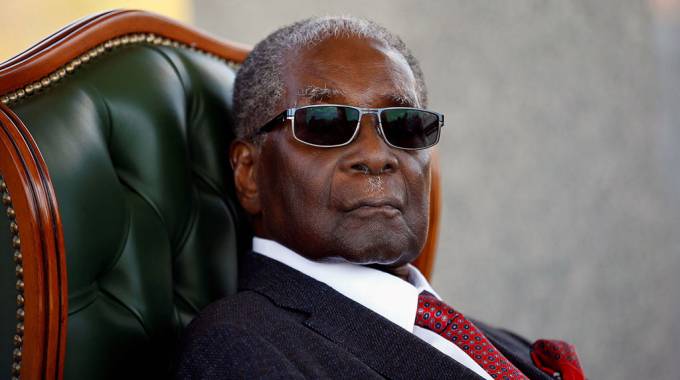 Deputy Chief Secretary to the President and Cabinet, who is also the Presidential spokesperson, Cde George Charamba, said the former President was expected to be buried on Sunday at the National Heroes Acre.

He said contrary to reports in some sections of the media, there was never any differences of opinion between Government and family on where the former President would be buried.

“It is the time line that we are working with, but subject to confirmation with the leadership. The major decisions will be taken tomorrow in the context of the proposed programme,” said Cde Charamba.

The body of the founding President of Zimbabwe is expected to be received at the Robert Gabriel Mugabe International Airport by President Emmerson Mnangagwa, the Mugabe and Marufu family members and chiefs from Zvimba.

Upon its arrival, the body is expected to be taken to Cde Mugabe’s rural home in Zvimba.

While a proper funeral programme is yet to be announced, provisional plans are that the former President’s body would be placed in the giant National Sports Stadium, where mourners from all the country’s provinces would have the opportunity to pay their last respects.

Government’s Chief of Protocol, Mr Munyaradzi Kajese, is today expected to convene a meeting of Government officials that will work out a comprehensive draft programme for the funeral.

A team of Government officials, the Mugabe and Marufu family members and Zanu-PF party representatives is to travel to Singapore today or tomorrow to assist the wife of the former President, Mrs Grace Mugabe, in repatriating the body.

Emerging from a meeting with traditional leaders from the Gushungo clan in Zvimba yesterday, family spokesperson Mr Leo Mugabe told the media that it was befitting to include chiefs in preparations for Cde Mugabe’s burial, since he was a chief in the Gushungo clan.

“Overall, the people who will make decisions will be the Zvimba chiefs who are gathered now (yesterday).”

He denied media reports that the former President had refused to be interred at the National Heroes Acre.

“I saw the WhatsApp message to that effect, but we don’t know where the information originated from. I know there are people who create these stories so that they make comments for themselves, but that is not the official position of the family,” said Mr Mugabe, who is a nephew to the former President.