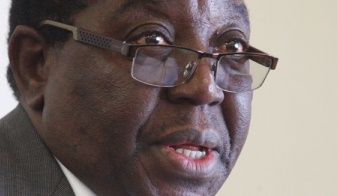 Since 18 April 1980, each year Zimbabwe celebrates its birthday with national pride and unity of purpose.
It is a day attained through supreme sacrifice by thousands of sons and daughters of this great land per a long and protracted armed liberation struggle against colonialism and settlerism.

It was a struggle, which took various formations since its inception in the 1890s, by our forebears, meandered through organised boycotts, demonstration, use of petrol bombs, arson, culminating in the use of arms of war.

In 1976, the two principal liberation movements (Zapu and Zanu) formed their Patriotic Front as a negotiating forum for talks with the British at Geneva, Malta and Lancaster House talks.

This facilitated the formation of a unity government by the two parties at independence progressively leading to one-party, Zanu PF under the Unity Accord of 22 December 1987.
With this rather short background of our liberation struggle, it is paramount to reflect on the significance of our nation’s birthday.

This is a national day and not partisan by any definition.
It is a day for all the people of Zimbabwe to celebrate as ONE family.
It is historic in all manners.

For the record this year’s independence celebration is the first after the harmonised elections held on July 30, 2018, which election was resoundingly won by the revolutionary Zanu PF party.
An election considered by local and international observers as the most peaceful, free, fair and credible.

The Zanu PF Manifesto appealed and was accepted in both content and vision by the electorate.
The new dispensation worked magic and hope for the future rekindled.

Even in the calamity of Tropical Cyclone Idai the spirit of UNITY and compassion amongst all our people across the country, from all walks of life and solidarity extended by our friends beyond our borders in relief efforts is astounding.

Whilst we mourn our dear departed we must resolve to remain ONE FAMILY, and respect the irreversibility of our hard won independence.

It must therefore be celebrated with purpose. It gives us opportunity to reflect, to stock take, to engage in conversation, to ponder, to rededicate ourselves to nation building, through peace and plural unity.

His Excellency, President Emmerson .Dambudzo  Mnangagwa has called for servant leadership at all levels.
Let mantra “Zimbabwe is open for business” be seen in action for the prosperity of us all and generations to come.