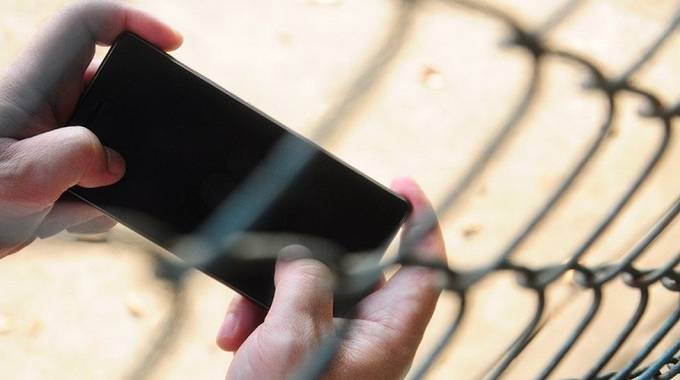 Sukulwenkosi Dube-Matutu, Gwanda Correspondent
INMATES in prisons have not been spared from the effects of Covid-19 pandemic as they have gone for six months without seeing their loved ones as visits have remained suspended due to lockdown restrictions.

Each year inmates look forward to the Family Week, an event which is held in September where inmates get to spend time with their families and friends. During the event children are allowed to visit as inmates are allowed an unlimited number of visitors.

The Prisons Family Week was introduced by the Zimbabwe Prisons and Correctional Services (ZPCS) in September 2017 in a bid to foster family bonding and to help inmates to keep in touch with what is happening in the outside world. Due to the prevailing Covid-19 pandemic inmates have been forced to forego this much anticipated event. To mark this year’s Family Week ZPCS has introduced a system where inmates can contact their loved ones using a cell phone. Gwanda Prison marked this year’s Family Day on Wednesday last week.

Gwanda Prison inmate Peter Mlilo (64) from Matshetsheni area in Gwanda who is serving a one year and six months jail sentence for public violence said the Family Week was a time that he looked forward to. Mlilo who is a father of eight, said he last saw his family on 22 November last year on the day that he was convicted.

“I was convicted on 22 November last year and that was the last time I saw my family. I was really looking forward to the Family Week as it was going to be an opportunity for me to see my wife and children and interact with them but this will remain a dream because of the Covid- 19 pandemic.

“Although I’m able to talk to them over the phone, it’s not the same as seeing them face to face. When I talk to them over the phone, I feel so much pain wishing I could see my children to ensure they are fine. I know that it pains them that I’m in jail and at least if I could see them face to face it could give them assurance that I’m well,” he said.

Ronald Vela (25) from Ntalale area in Gwanda who is serving a two-year sentence for kidnapping and robbery said the pandemic had not only robbed him of an opportunity to spend quality time with his family but to also engage in various projects and activities. He said they used to engage in car washing, brick moulding and tree planting activities. Vela said they also went to Joshua Mqabuko Polytechnic for short courses and the police station for soccer matches. He said these projects had been suspended because of the pandemic.

Vela, who was sentenced in October 2018 and is set to complete his jail term this month said he had acquired a number of skills during his stay at the prison which he wanted to pursue for a livelihood. He said he had experienced two Family Week events and they were a priceless moment for any inmate.

“There is nothing that you look forward to like a Family Week when you are an inmate. I was able to hold my second born child for the first time during the Family Week as I was convicted while my wife was pregnant. During the Family Week there will be a lot of entertainment in the form of dramas, singing from inmates and local groups from the Gwanda community. We thank the prison officials for awarding us an opportunity to talk to our loved ones over the phone,” he said.

Sunday Moyo (48) from Masvingo, a father of nine said he has been in remand for one year and six months after he was arrested for murder.

He said last year he was able to sit, eat and interact at length with his family. Moyo said he was also hoping to meet his children and relatives.

Gwanda Prison Chief Correctional Officer, Chief Inspector Melody Dube said this year’s Family Week was different as inmates were not allowed to have visitors because of the Covid-19 lockdown regulations that also suspended visits to prisons to curb the spread of the virus.

“The Family Week is an opportunity where inmates and their families and friends interact in a bid to strengthen their relations. It also helps the inmates to remain in touch with the outside world and for families to know what is going on with their relatives who are inmates. With this pandemic the whole prison system was forced to close doors to visitors in order to curb the spread of the pandemic. We have devised a way for inmates to interact with their relatives using a cell phone, relatives can also send money to this cell phone so we can buy desired food for inmates.

“During normal visits we limit the number of visitors but during the normal Family Week there is no restriction. Children are also allowed and we normally invite local drama and music groups to entertain people. The Family Week is characterised by relaxed visiting hours hours where family and friends can come and be with their loved ones. Physical contact is allowed and sharing of food,” she said.

Chief Insp Dube said in a bid to curb the spread of the pandemic when an inmate comes from court their temperature is checked at the gate.

Inmates are sanitised, and from there they are placed under isolation for the required amount of time and also tested for the virus. He said if results come out positive they can rejoin other inmates. She said officers and inmates at Gwanda Prison have been tested three times and they all came out negative. -@DubeMatutu