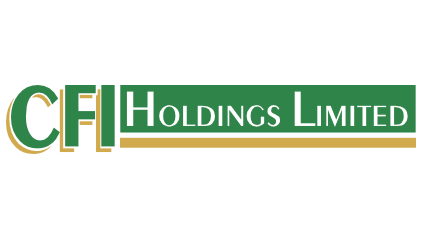 CFI Holdings Limited, the agro-industrial giant suspended from the Zimbabwe Stock Exchange (ZSE) in 2018, is seeking the reversal of several regulatory actions, including an end to judicial management at some of its units.

The firm’s inflation adjusted revenue rose 30,1% to $3,4 billion during the full year ended September 30, 2020, powered by the consolidation of financial statements from poultry breeder, Crest, which came out of administration.

CFI had reported $2,2 billion revenue during the comparable period in 2019.

On Sunday, the firm said it lifted operating profit by almost 11% to $701 million from $633 million previously.

Post tax profits slowed to $235 million during the period, from $236 million.

Chairperson, Itai Pasi feels the operation has to purse more liftings of judicial management including one slapped on Victoria Foods, while pushing for a return to the ZSE.

The ZSE suspended trading in the CFI’s stock in January 2018 saying it had violated listing requirements.

It was a dramatic year for CFI, which saw Victoria Foods slip into administration around the same period.

But after Crest Poultry came out of judicial management and helped CFI scale up revenues, directors would want to see the rest of the group freed from these regulatory actions, as it faces a tough 2021 whose turbulences have been amplified by the COVID-19 pandemic.

“The group continues to pursue the exit of Victoria Foods from judicial management and will give an update in due course,” Pasi said in a statement accompanying the financial statements.

“The return of this company to the group’s control after more than four years under judicial management will mark and important milestone in the group’s turnaround efforts and the group’s resurgence as a significant pillar in underpinning food security in the economy. The company has maintained efforts to engage the Zimbabwe Stock Exchange to resolve the outstanding issues pertaining to the suspension of trading of its shares on the stock exchange. Your board is hopeful that the same may be pursued in due course,” she said.

Post tax profits slowed to $235 million during the period, from $236 million previously, highlighting the impact of a low intensity turbulence within the group, whose units include Farm & City Centre, VETCO, Hubbard Zimbabwe, Saturday Retreat and several others, with interests in agricultural activities.

For major shareholder, Nicholas van Hoogstraten, this makes CFI one of the most important companies in Zimbabwe as his ambition, he says, is to help Zimbabwe secure food security.

But some of these firms operated under care and maintenance, according to the financial statements.

Pasi said there were setbacks to operations stemming out of the tough operating environment during the period.

“The trading environment was marked by operational and economic challenges. In particular, hyperinflation, an unstable exchange rate and limited availability of foreign currency in the formal banking channels for the greater part of the year. This was exacerbated by drought-induced shortages of cereals used in stockfeeds manufacturing and in the last half of the year, the COVID-19 pandemic. The prevalence of multiple exchange rates distorted operating costs and product pricing,” she said.