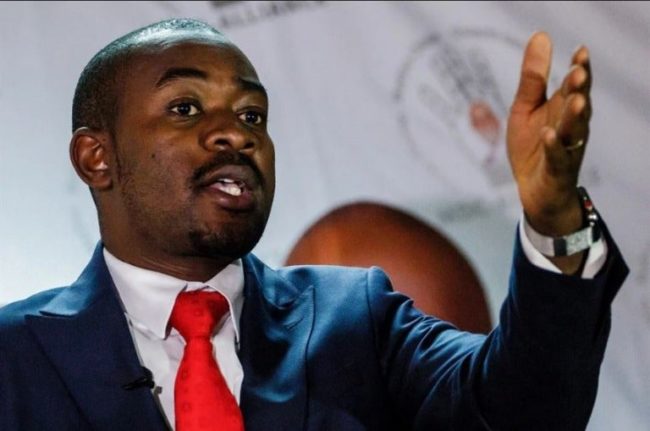 The MDC led by Nelson Chamisa has resolved to maintain pressure on President Emmerson Mnangagwa’s government by mobilising its structures through regular rallies after the government blocked its planned protests.

The MDC’s top leadership met on Friday to restrategise and a communiqué to the party’s structures revealed that the opposition was not backing down on its
confrontational stance.

“The party has resolved that the MDC will restore the people’s vote through constitutional and peaceful actions as informed by our goal to ‘win elections, attain state power through democratic, non-violent, constitutional means, and create a just, equitable, sustainable democratic Zimbabwe’,” wrote MDC secretary-general Chalton Hwende after the party’s national executive committee met in Harare.

“The party will endeavour to return the country to legitimacy, political stability and economic prosperity as informed by its five stages outlined in our transitional blueprint Reload.

“[We will] put political pressure through political advocacy and actions, genuine dialogue, transitional mechanism agreed and put in place, free and fair elections and prosperous Zimbabwe.”

Hwende said the party would roll out rallies throughout the country, which would be cascaded to the village level.

“To ensure that this happens, the party resolved to carry out Reload rallies that will be cascaded down to villages throughout the country,” he added.

“We maintain and sustain our peaceful engagement that will allow all Zimbabweans to participate in their quest to free themselves from the albatross of the current regime.

“These actions must be people-driven and promote unity on common grievances.”

“The party, motivated by its social democracy ideology, remains concerned by the national legitimacy crisis and will continue to put pressure on the regime to ensure that the
challenges — corruption, unemployment, power and fuel shortages, lack of genuine political and institutional reforms, high cost of living and unaffordable prices of basic commodities — be dealt with once and for all,” he said.

On September 14 the MDC said it would hold its 20th anniversary celebrations at Rufaro Stadium, which could be the largest gathering by the opposition party this year.

The post Chamisa changes his game-plan appeared first on The Standard.