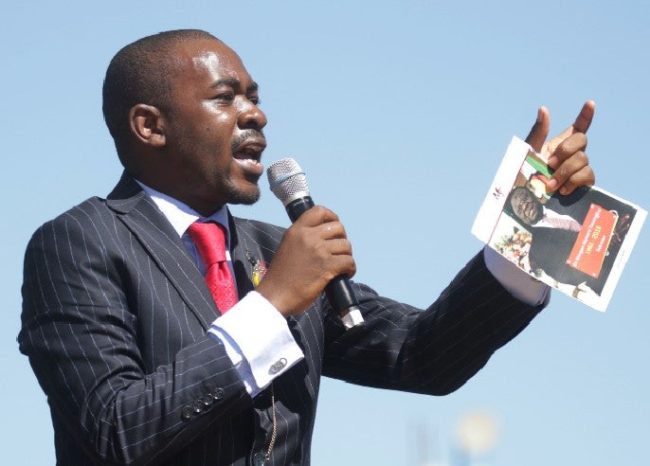 MAIN opposition MDC party leader Nelson Chamisa heads for the Midlands on Thursday where he is set to bolster the movement’s support base by interfacing with elected lower-tier structures in the province.

“In essence, party leaders from branch to provincial levels will be provided with a rare opportunity to interface with the president and enhance cross-pollination of ideas in the party,” Zhou said.

“It is also an attempt to narrow the gap between leaders and grassroots supporters as well as entrench participatory development of grassroots structures in shaping the path and actual direction of the party, let alone develop the same frame of reference within the party.”

The MDC has declared 2020 as a year of action in which it will roll out crippling protests to force President Emmerson Mnangagwa to address multifaceted political and economic crises in the country which have caused serious hardships among citizens.

During his tour, Chamisa is expected to touch base and articulate to MDC Midlands leaders the direction that the party is taking so that they spread the message to citizens.

The Midlands is one of the provinces in which the MDC fared dismally in the 2018 elections after winning four parliamentary seats out of 28.

Zhou said the visiting MDC leader will, therefore, unveil strategies to end the dominance of Zanu PF in the Midlands during the 2023 elections, while also mending rifts that could be existing within the party.

“The supremacy of the branch in growing the votes will be deliberated in order for party members to fully comprehend it. Constituency co-ordinating committees would be afforded the opportunity to share its work plans with branches and segments above them.

“Leaders would, therefore, have an opportunity to listen to ideas from grassroots structures, while grassroots structures rub shoulders with party president and this will give inspiration to them. The tour will, therefore, enhance interoperability within the party in the Midlands province and define, shape and nurture the collective vision, wisdom, direction, actual path and pace of growth of the MDC in the Midlands province,” Zhou said.