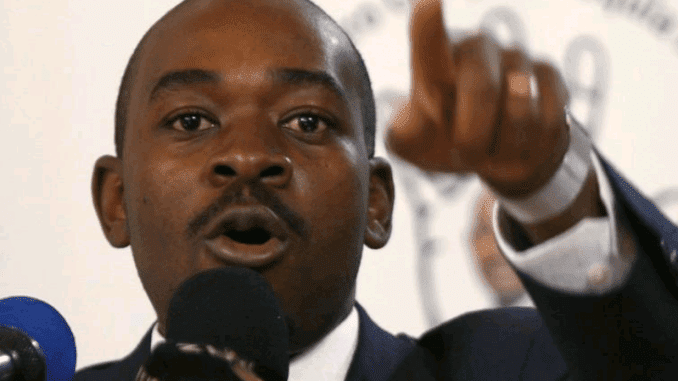 MDC president Nelson Chamisa has extended his uncontested run to eight out of 13 possible nominations for the party’s top post, while vice-president Elias Mudzuri finally got his first nomination to remain in his current post.

The new Masvingo executive, that saw current provincial chairperson James Gumbi retaining his post, unanimously nominated Chamisa to become president ahead of the party congress next month with five more provinces yet to present their nominations.

Current secretary-general Douglas Mwonzora was not nominated for any post.

Gumbi beat Simon Mupindu after his initial challenger Tongai Matutu was disqualified for having once defected from the party.

Presiding over the nominations was Jolson Mugari, who said that the process was fair and done in a transparent manner.