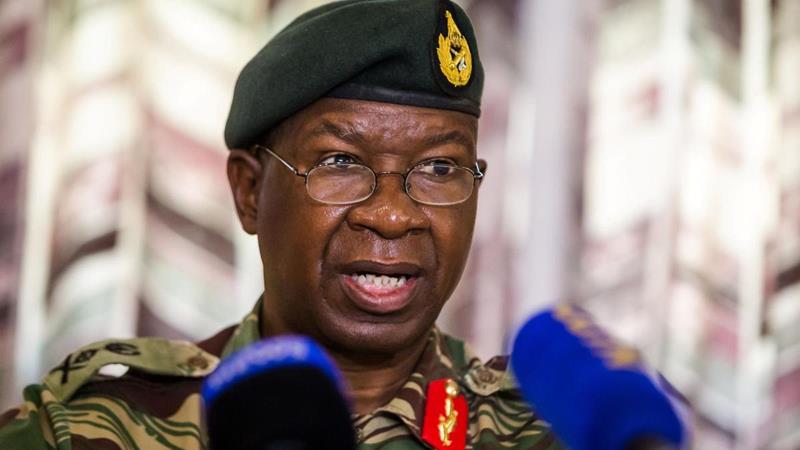 HARARE – Opposition leader Nelson Chamisa and his lieutenants are living in fear of an imminent government crackdown, after army and police chiefs suggested this week that a militant wing in the MDC was responsible for the August 1 killings which left six people dead and dozens others injured, the Daily News can report.

This comes as a Commission of Inquiry appointed by President Emmerson Mnangagwa to probe the deadly shootings — which followed ugly demonstrations in the capital city soon after the disputed July 30 national elections — begins to wind down its investigations.

Appearing before the commission on Monday, the commander of the Zimbabwe Defence Forces, Phillip Valerio Sibanda, and police commissioner-general Godwin Matanga, wholly absolved the army of the cold-blooded killings of innocent civilians.

Instead, they appeared to blame the MDC and Chamisa for the deaths, after suspected opposition supporters clashed with police two days after the polls — culminating in the deployment of soldiers in the Harare CBD to quell the violence.

“The possibility of the Vanguard, a militant group within the MDC Alliance youth league, having weapons and having used these weapons during the disturbances on that day cannot be overruled.

“There is no hard evidence that the army shot at the civilians, but it is also believed that members of the MDC’s Vanguard could have been armed,” the reclusive general told the commission which is chaired by former South African president Kgalema Motlanthe.

Matanga also told the commission that police had temporarily shelved plans to arrest Chamisa because of ongoing political talks which were aimed at giving the youthful politician a top post in Parliament.

“I still feel that it would be very improper to arrest the leader of the opposition party in the name of Nelson Chamisa because this is a position that was formed by the president.

“I still feel today that the president’s doors are open and (so) I cannot arrest Chamisa. But all the same, I can say crime does not rot like meat and anytime he can be arrested,” he said.

The revelations by both the military and police chiefs came as the opposition leader claimed at the weekend that his life was in danger.

Chamisa narrowly lost to Mnangagwa in the hotly-disputed July 30 election, and went on to accuse the Zimbabwe Electoral Commission (Zec) of manipulating the results in favour of the Zanu PF leader.

However, Mnangagwa’s victory was upheld by the Constitutional Court which ruled that Chamisa had failed to provide evidence that he had won the election.

Yesterday, Chamisa moved to accuse Mnangagwa’s government of trying to engineer his arrest, as well as his lieutenants.

“I see the effort to nail the innocent, exonerating the guilty. A ploy to weaken and eliminate MDC faces in the democratic alternative. Was briefed of this strategy 3 months ago. Soon you will see vindictive arrests, hired ‘witnesses’ making stories to victimise.

“Yes, we are human and not entirely perfect but violence against citizens and spilling of blood are not some of our imperfections.

“We only carry open palms, not even clenched fists. We have our bare arms, not arms of terror,” Chamisa said on micro-blogging platform Twitter.

On its part, the MDC drew parallels between Sibanda and Matanga’s testimonies on Monday with what ousted former president Robert Mugabe’s government had done to Zapu and its leader late revered leader, Joshua Nkomo, soon after the country’s independence.

Then, arms caches were found on the farms that were owned by Zapu, even though the then opposition party denied ever hiding the weapons — in events that were followed by the Gukurahundi atrocities of the early 1980s, where an estimated 20 000 innocent civilians were killed by government forces.

“It is clear that the security forces intend to harm Chamisa. They have increased their rhetoric in the past few days, like what they did with PF Zapu.

“They are intent on clamping down on the leader and then his supporters. If we are not careful, the international community will start counting bodies very soon,” MDC spokesperson Jacob Mafume warned.

At the same time, the MDC said yesterday that it had disbanded the Vanguard, which has previously been accused of unleashing terror on dissenting party members and the media.

“The MDC categorically states that there is no outfit called Vanguard, an otherwise peaceful and disciplined team of MDC youths which has since been disbanded on the orders of the national council — the party’s supreme decision-making body in between congresses,” Lovemore Chinoputsa, the secretary-general of the MDC Youth Assembly, said.

Meanwhile, the government said yesterday that Chamisa was overrating himself by fearing “an imaginary” crackdown on him and his lieutenants.

“Chamisa must not behave like a prophet of doom unto himself. Government does not see Chamisa as a threat in any way, as he lost in free and fair elections and has no chance of winning in any future elections.

“There is no one planning to arrest him. Only if he commits crime will he face the ugly side of the law and I know he won’t dare do that,” deputy Information minister Energy Mutodi told the Daily News.

On Monday, the MDC said it was fearing for its leader’s life following what it said were attempts to abduct Chamisa at the weekend, as he was coming from Marondera, where he had gone to address a rally at Rudhaka Stadium.

It alleged that suspected security agents had tried to block Chamisa’s motorcade and to seize him in Harare’s Mabvuku suburb.

However, the government robustly dismissed the allegations as “baseless”.