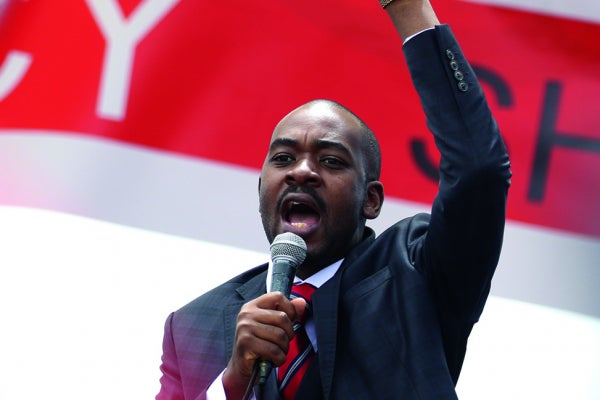 OPPOSITION MDC leader Nelson Chamisa, still basking in the glory of a fresh mandate given to him at the party congress last month, has rekindled his fight to effectively bar former vice-president Thokozani Khupe from using the party symbols, name and related regalia.

The MDC, in its resolutions at the just-ended congress held in Gweru, ratified the expulsion of Khupe, former spokesperson Obert Gutu and former organising secretary Abednigo Bhebhe, saying they formed their own political party and should, therefore, be stopped from masquerading as members of the Chamisa-led party.

“Congress noted that some former members of the MDC party, namely Thokozani Khupe, Obert Gutu and Abednigo Bhebhe, were expelled by the national council and subsequently left the party to form and found their new political home. Congress, therefore, confirms their expulsion by the national council and further resolves that they must, forthwith, cease or be stopped from using the party’s name, symbols, trademarks and intellectual property,” part of the resolutions read.

Spokesperson Jacob Mafume confirmed that their lawyers were putting in place measures to ensure that the legal case over party symbols and names between the MDC and Khupe was brought to finality.

“The case is already before the courts and after the congress resolutions, our lawyers are moving to ensure that the case is brought to finality so that our symbols and logo are not abused and used by people who are not part of the party,” he said.

Congress mandated Chamisa to clip Khupe’s wings by ensuring that she is barred from using the name MDC-T, slogans or party regalia.

“Congress resolved that the name of the party should not be used by anyone who is not a member of the MDC for any purpose without the authority of national council. In particular, no seceding, expelled or resigned person/s shall be allowed to use or continue to use the name of the Party or any derivative thereof,” part of the resolutions read.

Gutu dismissed the resolutions by the Chamisa-led party as “kindergarten gibberish”.

Khupe has maintained that she is the legitimate successor of the late MDC founder Morgan Tsvangirai, adding Chamisa had used unorthodox means to wrest the party leadership from her.