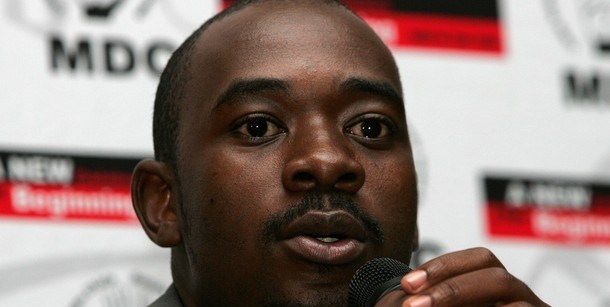 HARARE – In a surprising development, MDC Alliance leader Nelson Chamisa has chosen to cut his losses and withdrawn his court challenge against his former colleague-turned political rival, Thokozani Khupe — over the use of the MDC-T’s name and symbol.

This effectively leaves Khupe as the substantive MDC-T leader, as well as the party’s presidential candidate in the forthcoming watershed polls — where Chamisa is contesting on the MDC Alliance ticket.

It also confirms that Khupe and Chamisa have now completely failed to heal their rift, which emerged after the death of the party’s popular founding leader, Morgan Tsvangirai — who lost his valiant battle against cancer of the colon on Valentine’s Day this year.

Advocate Thabani Mpofu, representing the party group led by Chamisa, filed the application before Justice Dube in chambers, to have the matter removed from the High Court’s roll.

This came after Khupe had already successfully registered as an MDC-T presidential candidate at the Nomination Court, which meant that the case had become academic.
Khupe’s lead counsel Lovemore Madhuku consented to the matter being removed from the roll, with costs.

“We consented to an order for the matter to be removed from the roll. What it means is that they have given up for now and our client remains the only one who is the MDC-T presidential candidate,” he said.

Madhuku also said it would be difficult for Chamisa to resurrect the case after elections, as he would then need new arguments — as the use of a party name and logo would have little significance, as it was only crucial during election time.

Chamisa is together with President Emmerson Mnagagwa among the front-runners in the battle to lead Zimbabwe after the July 30 polls.

Biti and Ncube are former secretaries-general of the original and united MDC which was led by Tsvangirai — whose death ignited a damaging leadership tussle within the country’s largest opposition party.

The July 30 presidential plebiscite, which has a record 23 candidates, will be the first in the past two decades not to feature Mugabe and Tsvangirai.

And for the first time in post-independent Zimbabwe there will also be female presidential candidates — taking on their male counterparts for the right to occupy the most powerful political office in the country.