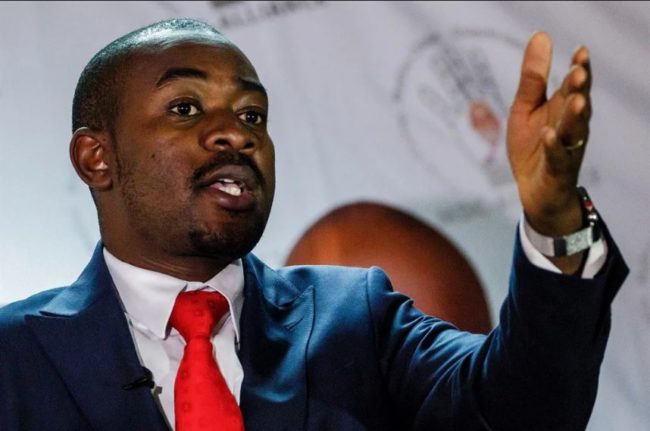 OPPOSITION leader Nelson Chamisa will today meet the party’s divided structures in Bulawayo, as part of efforts to mend rifts which have cost them votes in the past elections, Southern Eye has learnt.

MDC Bulawayo spokesperson Swithern Chirowodza told the Southern Eye that the party president would also apprise the structures on his recent international engagements and the way forward.

“It’s a meeting of the structures … also he will touch on developments within the party. One of the issues up for discussion is to do with the holding of rallies, a solidarity rally for (Ntabazinduna dethroned Chief Nhlanhlayamangwe) Ndiweni realising that the police seems to have outlawed the party’s rallies,” Chirowodza said yesterday.

“Also, he is going to be giving feedback to the leaders of the province on his recent international engagements.”

In December, South African President Cyril Ramaphosa expressed concern over the country’s crisis, pledging his governments’ support to a churches’ initiative towards finding a lasting solution.