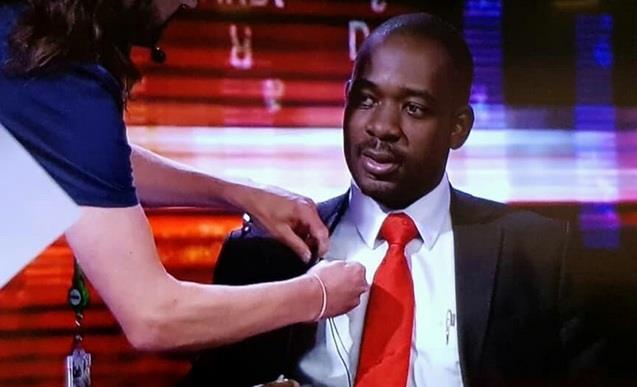 HARARE – MDC leader Nelson Chamisa has dismissed President Emmerson Mnangagwa’s promise of a free and fair election saying if he was sincere  he would not be rejecting opposition demands for an open tender for the procurement of ballot papers to be used in this years’ harmonised elections.

In a wide-ranging interview with Stephen Sackur on the BBC’s HARDtalk, a current affairs interview programme, Chamisa dared Mnangagwa to part with the past and agree with the opposition on how the election is going to be held.

He rejected Sackur’s claims that Mnangagwa had put in place adequate preparations for a free and fair poll which the opposition has endorsed.

“…Our view is that this election can be, has the potential to be a free and fair election but we need to resolve some of the fundamental issues around how the election itself is going to be conducted. Whether or not the voters’ role has been audited, whether or not the processes that are supposed to be done in respect of the electoral amendment are respected. Just yesterday we were in Parliament we did not agree the opposition with the ruling party on the content, character and substance of that electoral act.”

Chamisa said governments like the UK are reaching out to Mnangagwa not because they think he has proven to be a good leader but to protect their interests.

“They are reaching out to the people of Zimbabwe. Let me say this you cannot have change without change agents. You cannot have transformation without transformers. Mr Mnangagwa is not a transformer they can never be any reform without reformers. What he is he is a transactional leader who has transacted a particular process in November and he’s there not as a face of transition, not as a face transformation. We represent that change that is yet to come.”

Chamisa also said he has no appetite to bring deposed president Robert Mugabe and his wife to justice for the atrocities and theft of State resources they are accused of.

“Well I must say that Mr Mugabe is part of our past he’s part of our old order and I have no time for us to be pursuing the past, to be pursing the old order. Our critical challenge going forward is to make sure that we resolve fundamental deep and structural issues that are affecting our society,” Chamisa said, adding though that he wanted to create a Zimbabwe society were people account for their crimes.