OPPOSITION MDC leader Nelson Chamisa has described proposals by the clergy for the suspension of elections for seven years as an “extra-ordinary” and “difficult” ask, with legal and constitutional ramifications. 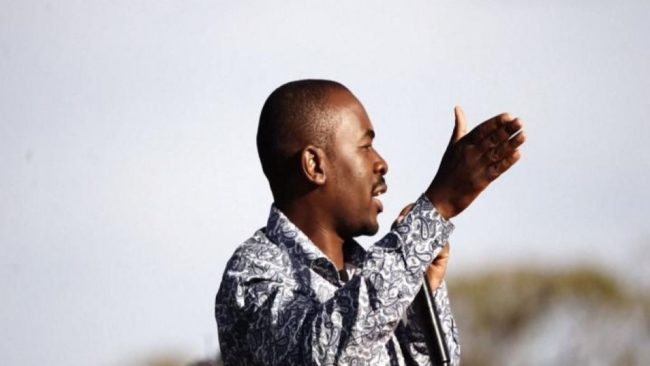 Chamisa said the MDC remains open to suggestions to solve the country’s multi-faceted crisis, but argued that any suspension of elections would need a buy-in of Zimbabweans through platforms such as referendums.

The Zimbabwe Heads of Christian Denominations (ZHOCD), a grouping of the clergy made up of the Zimbabwe Catholic Bishops’ Conference, the Zimbabwe Council of Churches, the Evangelical Fellowship of Zimbabwe and the Union for the Development of Apostolic Churches in Zimbabwe, recently called for a moratorium on elections and a unified approach in solving all issues affecting the nation.

ZHOCD said the position was built on the proposal from the Zimbabwe Heads of Christian Denominations Episcopal Conference held at the Large City Hall in Bulawayo in May this year.

“I acknowledge receipt of your communication, entitled Call for national Sabbath for trust and confidence building, which I have read and studied with great interest and deep introspection. I have also discussed it with my colleagues in the leadership,” Chamisa wrote in his response to ZHOCD executive secretary Kenneth Mtata on October 28.

“This is because it has significant legal and constitutional implications since our national Constitution provides for regular elections. Such a proposition would have to be backed by the people of Zimbabwe through the opposite platforms.”

President Emmerson Mnangagwa has also rejected the calls for the suspension of elections, describing the proposals as ultra vires the country’s Constitution which calls for the holding of regular elections.

“This Constitution is the supreme law of Zimbabwe and any law, practice, custom or conduct inconsistent with it is invalid to the extent of the inconsistency,” Mnangagwa argued in his response.

Chamisa added that the MDC was indebted to the clergy for expressing concerns over the country’s crisis, adding that the opposition party will not stand “in the way of practical solutions … as long as such solutions are based upon a constitutional mandate that is derived from the people of Zimbabwe”.

“I am humbled by the effort you put into this call and by your desire and commitment to Zimbabwe’s well-being and success during this period of great difficulty. Personally, both as a man of faith and leader of our party, the MDC, I’m greatly indebted to the scriptures and it is good to see the clergy providing a guiding hand,” the MDC leader added.

“Our position is and has always been guided by the best interest of Zimbabwe and our party’s founding democratic values and principles which include, but not limited to, holding of regular, free and fair elections.”