THERE was chaos at the Beitbridge Border Post yesterday where returnee Zimbabweans experienced delayed entry amid fears of another COVID-19 outbreak. 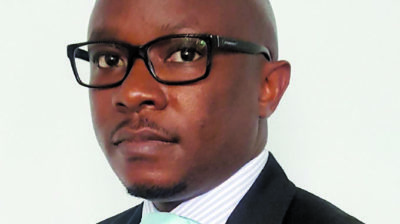 On the South African side, there were long traffic queues spilling into Musina town which is 15km south of the border.

Intermittent road blockages cutting traffic between the two countries are now frequent on that stretch of the road.

South African side customs officers appeared to be on a go-slow and were taking too long to release export vehicles headed into the region through Zimbabwe.

On the Zimbabwe side, since the COVID-19 outbreak there have been delays in processing returnees, with approximately 10 000 of them having passed through the border since the lockdown was imposed.

Zimbabwe Revenue Authority spokesperson Francis Chimanda on Monday said: “I am in Bulawayo and am travelling to Gwanda and will respond on WhatsApp. The officers at Beitbridge were preparing answers for you and will give you by end of the day.”

He still had not responded at the time of going to print last night.

The South African Revenue Services was also yet to respond to questions sent to them by NewsDay.

The head of immigration at Beitbridge, Nqobile Ncube refused to comment and referred questions to his head office in Harare.

“All questions are answered in Harare,” he said before excusing himself for a meeting.

A government official, who refused to be named, said the manner in which returnees were being handled could reverse all COVID-19 gains in the event that some infected people are held for a long time at the border post.

“The buses are not even taken to the COVID-19 quarantine centre for check-up. We are going to end up in a disaster because of this recklessness,” the official said.