Charamba speaks on ED, Chiwenga ‘tiff’…says no to powerful VP 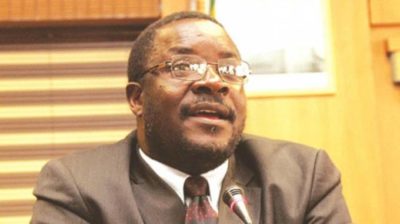 PRESIDENTIAL spokesperson George Charamba has revealed that Vice-President Constantino Chiwenga was the one who pushed for the removal of the running mate clause from the Constitution, dismissing speculative reports of a widening rift between President Emmerson Mnangagwa and his deputy.

Charamba, who is also Deputy Chief Secretary to the President and Cabinet (Presidential Communications), yesterday conceded to the Zanu PF information department that the running mate clause was “problematic” as it created a powerful and potentially disloyal Vice-President.

“I had a moment with the Vice-President and I said to him ‘congratulations Cde Vice-President, the Amendment No 2 went through. I then teased him and I said ‘except you were supposed to be the victim’ so he burst into laughter and then said, ‘they don’t know how happy the victim is. They don’t realise I am one person who was driving this thing behind the scenes,” Charamba claimed.

“So it was weeping crocodile tears on the part of the opposition to try and pitch their pseudo reactions to the running mate on the person of the Vice-President who was in fact very happy to be driving it.”

He added: “You don’t create instability in the hierarchy of Zanu PF by wishing for it. You describe it when it occurs. I always enjoy those sponsored false narratives to say there is a tiff between the President and the Vice-President. I really wish these people knew what I know.”

Chiwenga led the November 2017 military coup that ousted the late former President Robert Mugabe and ushered in Mnangagwa. Many view the former Zimbabwe Defence Forces commander as the power behind Mnangagwa’s throne.

There have, however, been reports of a growing rift between the two with allegations that Mnangagwa was decimating the military element in the ruling Zanu PF party to checkmate Chiwenga.

Charamba also revealed that the clause on running mates gave Mugabe headaches and Mnangagwa at some point engaged him with a view to pull out of the Constitution-making process over the matter.

He said the running mate had proven to be problematic even in the United States, Kenya and Malawi.

“What it means essentially is your main candidate will then pick on an assistant, but both are incorporated in elections so the essence of a running mate lies in elective politics of a country. The two characters are subjected to a national vote which means the hierarchy between them is a matter of arbitrary party decision. Otherwise, in terms of processes, that birthed them, they are equal,” Charamba averred.

“What that does is it raises a grim possibility of disharmony in the body politic because essentially what you are saying is the President is elected by Zimbabweans, the Vice-President is also elected by the same Zimbabweans. You can even have a situation, and it has even happened in other jurisdictions where a Vice-President can actually get more votes than the
President.”

He added: “So you are already building within your body politic a basis for conflict exacerbated by disagreements which are natural in the process of running the country.

“Also you are making number one (the President), ‘definitionally’ unable to appoint a number two (VP) because both are appointed by the voters. So that element of hierarchy is undermined.”

Charamba said Zanu PF has always been against the running mate clause and also disclosed that the late former Prime Minister and MDC-T leader Morgan Tsvangirai was not comfortable with the clause as well.

“I remember the current President coming to the then President, the late Cde Robert Mugabe to say we have hit a deadlock in respect of the key issue of running mates, it goes against our own philosophy as Zanu PF. We have reached the stage of make or break and we are reaching a stage where we break the draft constitution,” he said. Charamba said Mugabe allowed the clause to pass on the basis that it would be only implemented after 10 years.