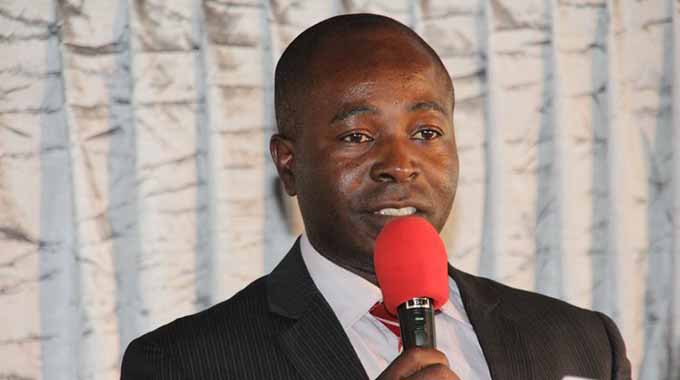 POLICE roadblocks and supermarkets are potential Covid-19 super spreaders as they are failing to adhere to basic safety precautions to contain the deadly novel virus that has ravaged the globe.

This emerged from investigations conducted by The Zimbabwe Independent, in collaboration with Information for Development Trust, a non-profit organisation helping the media to probe corruption and bad governance.

Covid-19 was first reported in Zimbabwe in March 2020 and claimed its first victim, Zororo Makamba, a young journalist who had previously travelled abroad.

A national lockdown was decreed in the same month after President Emmerson Mnangagwa declared Covid-19 a national disaster,

The beginning of 2021 came with a new wave of the viral disease and a meteoric rise in Covid-19 infections and deaths, which included those of three cabinet ministers and over 1 400 others, 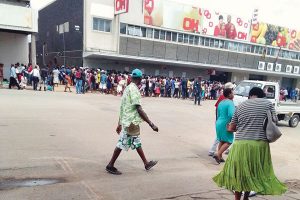 A deadly new variant has been detected in South Africa — Zimbabwe’s biggest trading partner with high human and vehicle traffic between the two countries.

In response to the Covid-19 second wave, which in January threatened to bring the nation to a standstill, government introduced a fresh lockdown currently underway until the end of February.

To enforce the regulations, several police and military roadblocks were manned on main roads leading in and out of the city.

The Zimbabwe Independent launched a fresh investigation into the conduct of police and military men at roadblocks to check whether they were adhering to the WHO Covid-19 guidelines.

The investigation came with startling revelations.

Police and army details at checkpoints flouted the very regulations they were supposed to enforce, mostly social distancing and sanitisation.

Repeated observations revealed that busy roadblocks along the trunk roads leading into town were stopping upward of 3 000 vehicles per day where the details demanded and handled exemption documents from the motorists and passengers.

This exposed both the officers and the travellers to Covid-19.

But, in the main, there was no evidence that the officers were sanitising themselves before and after handling the documents, which also included drivers’ licences.

Follow-up interviews with several police and army officers established that they never bothered to take preventative measures after duty, thereby exposing their families and communities to Covid-19.

“Who worries about that (safety precautions) after work? When you stand down (end duty) you just go home and remove your uniform. It never occurs to us that we could have been exposed to the virus during the roadblocks (sic),” a sergeant stationed at Harare Central police station said.

Some of the officers live in cramped houses in cantonment areas and freely mingle with others at the mess, their uniforms still on.

A check by this publication at a roadblock at the intersection of Samora Machel and Rotten Row roads showed scores of people being forced to produce exemption letters from Zupco buses. However, there was no sanitisation of hands before holding each letter.

Continuous wearing of masks can actually cause breathing problems to some individuals and is uncomfortable if you have to wear it for hours, hence some police officers were witnessed constantly dropping their masks to the chin while chit-chatting with colleagues.

While some roadblocks had sanitisers, the majority did not, and, in certain instances, the officers sat or stood too close to each other, with their masks down.

At the roadblock close to the Vehicle Inspection Depot along Robert Mugabe road in Eastlea, the officers block the road with used tyres taken from a nearby roadside trader, and there was no evidence that they were sanitised or washed.

The situation was the same at other roadblocks in Chitungwiza and Norton, both dormitory towns close to the capital.

At one of the roadblocks — and on several occasions — police were seen peeping into cars and shaking hands with motorists.

In some cases, they impounded and drove off vehicles carrying multiple passengers without bothering to have them sanitised.

The Zimbabwe Independent witnessed a slight change in behaviour when police and army details manning roadblocks started sanitising after noticing that our news crew was reporting on the management of the checkpoints.

This precarious situation obtained at the Bulawayo Road checkpoint close to Pamuzinda where use of hand washing sanitisers was non-existent.

The only roadblock observed which was not handling the exemption letter was the one near Newlands shopping centre.

“We have protocols to follow; remember we are not working under isolation but under the purview of the Ministry of Health and Childcare and WHO guidelines. Basically, police officers have to follow these guidelines. We also have a fully-fledged health services directorate. We are doing what has been prescribed by the government,” he said.

Figures on security Covid-19 cases were, however, not readily available.

“Like any other organisation, we have been affected. In terms of infections, I can say they are not alarming. However, we urge our officers to observe laid down procedures. If there are officers who are not adhering to the Covid-19 health guidelines, action will be taken against them,” he said.

From roadblocks, the Zimbabwe Independent conducted an investigative survey in supermarkets around the city.

Some of the retail outlets visited are OK Zimbabwe, Born Marche, Pick n Pay, Choppies and Belvedere Trading and Spar.

The general observation around the supermarkets was strict hand sanitising and temperature checks except for a few retails shops which did not adhere to the protocols.

One area which supermarkets are failing is constantly sanitising of grocery trolleys, which are handled by hundreds of people per day.

This means that if an infected person uses a trolley and if it is not immediately disinfected, the next person would be at risk of contracting the virus.

A visit to Spar Groombridge in Mt Pleasant showed that trollies were constantly disinfected while Borne Marche in the same suburb sanitised at intervals of up 30 minutes, but no such practice was observed in southwestern settlements which are generally considered as low-income areas.

At some supermarkets, guards manning the shops were not strict in enforcing the correct wearing of masks. Some shoppers could be seen moving around with masks pulled down to the chin.

In some shops such as Borne Mache in Chisipite, a public address system constantly reminded shoppers to observe sanitary rules.

Beyond that, however, most of the shops visited had no monitoring mechanism to ensure that shoppers observed social distancing — which was almost non-existent at most of the retail centres — and masking up.

Shoppers hugged, huddled and shoved, notably at southwestern retail outlets, but the managers or staff did nothing to stop this.

Shoppers also routinely picked and dropped items at the shelves with bare hands, including points displaying vegetables, which were not wrapped.

The Zimbabwe Independent observed that most shops were not sanitising shoppers or their staff at the tills before they put their groceries on the counters and also when they operated point of sale machines.

None of the retail outlets were sanitising shoppers at exit points.

Shoppers said they were adhering to sanitary regulations but complained about the “suffocating masks”.

“Look at how they cannot even maintain social distancing for those waiting to get into shops. There are pointers to social distancing in the shop but no one follows that. Shop workers seem not to care. It’s a nightmare,” she said.

Confederation of Zimbabwe Retailers Association (CZRA) president, Denford Mutashu admitted that there were shortcomings in supermarkets.

The post Checkpoints and supermarkets severely exposed to Covid-19 appeared first on The Zimbabwe Independent.