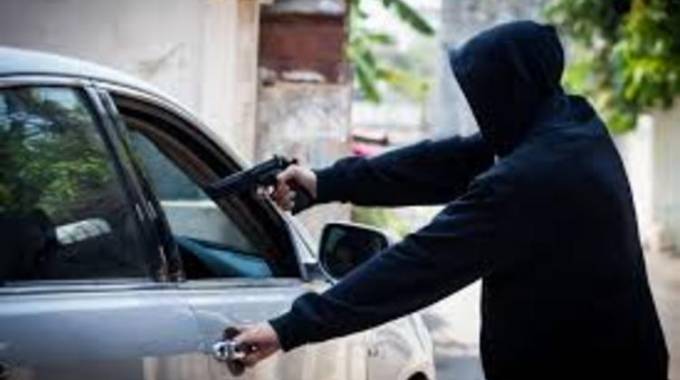 DAVID Gwasira of Kuwadzana 5 in Harare is indeed a lucky man.

He is grateful to have his car back after carjackers robbed him of his vehicle, used it in a spate of robberies before returning it to him.

While the likelihood of getting a stolen car back are very slim, the four robbers that took his car did the unthinkable. They promised him he was going to get his car back the following day and true to their promise, they returned it.

Crime and security expert Carlson Muzondo said on average, nearly one in five vehicles is recovered after it is stolen. However, most of the cars would have been damaged on stripped of valuable parts. But Gwasira’s car was intact.

“Up to this day, I don’t believe what happened. I still think that I am daydreaming,” he said.

On the fateful day he was hijacked, he was on his way to Norton when he picked up four men at a bus stop commonly referred to as PaMagetsi.

The bus stop is located in Kuwadzana, along the Harare-Bulawayo Highway.

One of the robbers who was seated in the front, asked to be dropped off at the Idaho Farm turn-off.

“After pulling off the road, one of the men who was in the back seat held me by the neck and at the same time dragged me from my seat. I was shoved to the back seat and the robber who was occupying the front seat occupied the driver’s seat,” he said.

His head was covered with a jacket. The car made a U-turn and drove towards Harare.

“Since I was blindfolded, I didn’t know where I was being taken to. It was after the car had been stopped and the jacket removed that I noticed we were at a farm,” he added.

It later turned out the robbers had driven to Parklands Farm, which is some few kilometres off the Harare-Bulawayo Highway.

“I was dragged into a gum tree plantation which is also used as a graveyard. I was tied to a log and I thought they would kill me. I whispered what I thought would be my last prayer.”

The robbers, however, warned him against trying to free himself.

“They took away my personal belongings, among them cell phones, bank cards and money. They assured me they would return my car the next day. They said they were going to use the vehicle to commit robberies,” he added.

Long after the criminals left, he freed himself, and locals helped him find his way. Then came the surprising part of Gwasira’s unusual story.

“The following morning, I got the shock of my life when the police called and informed me that my car had been located near the place I had offered the robbers a ride. I couldn’t believe it. I was both shocked and excited,” he said.

Gwasira is not the only victim of this four-main gang, which is targeting those using the Harare-Bulawayo Highway.

Essie Mashaire of Norton also fell victim to the same robbers and was dumped at the same spot.

A nurse at one of the public hospitals, Mashaire opened up and shared her harrowing experience.

“I was coming from work and I decided to buy groceries at a wholesale which is located along Bulawayo Road. As I was coming from the wholesale and driving towards Norton, I picked up, against my instincts, four young men,” she said.

Using the same modus operandi as they used on Gwasira, the four youthful robbers drove their victim to the same spot where they had robbed their first victim and took her car, groceries, cell phones and other personal items.

She was tied to a tree and was rescued by a passer-by.

The victim went on to report her case at Norton Police Station (RRC 4639839).

“The robbers told me that they wanted to use the car to rob a money-changer in Chinhoyi. They also promised to return the car after the Chinhoyi robbery.

“I don’t know if they are going to honour their promise. I am just grateful that they did not rape or kill me,” Mashaire said.

While Gwasira is probably rejoicing after recovering his car, the owner of the farm where the two victims were dumped is now living in fear.

“I am afraid that the robbers might come back and harm my family since I was the one who assisted the victims and taking them to the police. These two robberies occurred within a space of two weeks and we are really scared,” the farm owner, who requested anonymity, said.

Ruzai Muchaurawa, the Ward 25 Councillor in the Zvimba Rural District Council in Mashonaland West province, is a worried man.

“We are very worried. Thieves from Harare are using this area as a criminal base. We are losing livestock and other personal items.

He said the robbers that staged the US$2,7 million heist along the Harare-Chinhoyi Road after Nyabira Business Centre opened the money safes in his ward.

“This is disturbing to say the least. Hardcore criminals are using this area as a safe haven. We are appealing to the relevant authorities to set up police posts in this area.”