Chideme calls it quits at ZUJ 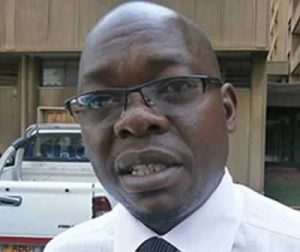 Zimbabwe Union of Journalists (Zuj) president Michael Chideme has indicated that he is hanging his boots and will not contest in the forthcoming congress later this year.

Chideme told journalists at a workshop in Chinhoyi that his term of office had come to an end.

Chideme called on journalists to venture into income-generating activities in order to curb brown envelope journalism.

“’As journalists, you must venture into economic activities as you need to prepare for life after writing. Go into farming, mining and other activities that can empower you. Once you have financial back-up, you cannot be bribed,” he said.

“Politicians mostly abuse journalists using brown envelopes so that they can be given publicity. Once you have your own money, you can’t be fooled to write stories that do not benefit our communities. Let’s go and get farms, mining or embark on any other business ventures,” he said.

Chideme said the $5 monthly subscriptions paid to Zuj by its members was no longer sustainable.

“Some media houses are not remitting the money to the organisation,” he said.

Media trainer Vincent Kahiya said journalists should shun politicians who have nothing new to offer and concentrate on people-centred developmental stories.

The two-day workshop observed a minute of silence in honour of the late Zuj secretary-general Foster Dongozi.

The post Chideme calls it quits at ZUJ appeared first on NewsDay Zimbabwe.