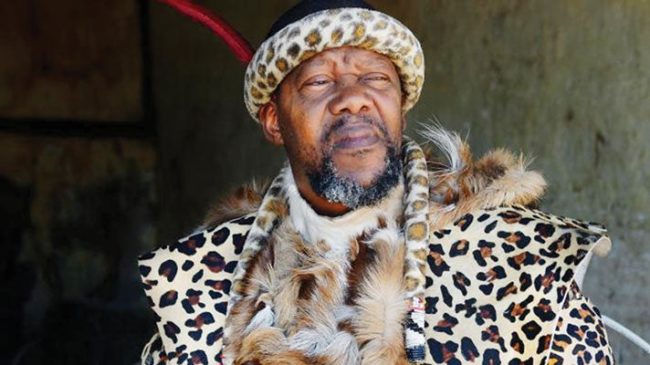 THE MDC Matabeleland North and Bulawayo provincial structures have “temporarily” buried their differences to support the under-fire Chief Nhlanhlayamangwe Ndiweni with a solidarity rally planned for next month.

The two were at loggerheads after Matabeleland North petitioned the national leadership to dissolve the Bulawayo provincial structures blaming the latter for the party’s waning support in Matabeleland.

The MDC Matabeleland North province last year said the endless chaos obtaining in Bulawayo was disturbing, and affecting its support base before petitioning the party leadership to dissolve the structures.

Attempts by the party leadership to bring the provinces together to iron out their differences had been futile until the Ndiweni’s chieftainship battle came up. Ndiweni is fighting his recent removal as Ntabazinduna Chief by Government.

The Southern Eye on Sunday was told attempts aimed at bringing the two provinces to work together during a meeting held on Saturday January 18 suffered a false start after the Matabeleland North province boycotted the meeting.

The party leadership reportedly did not take the issue lightly and directed that a follow-up meeting be held on Wednesday January 22 to force the two provinces to iron out their differences and jointly organise a Ndiweni rally.

“We had a meeting with Matabeleland North and other individuals from Matabeleland South province where we agreed to try and converge to have a solidarity rally for Ndiweni. The date of the solidarity rally is not yet set, but we are very sure that the party will be offering solidarity to him. Even during the liberation struggle, people supported progressive chiefs and it is incumbent upon the MDC to support the progressive ideas of Chief Ndiweni,” Chiroodza said.

“When it comes to violence, Gukurahundi and the general civil strife that Zimbabweans face, Ndiweni is found condemning those and it’s so much unlike chiefs from Mashonaland who participate in the murder of fellow countrymen by taking orders from the ruling party to starve villagers who do not toe the Zanu PF political line.

“And so if a chief condemns such kind of Stalinism, and evil deeds, that chief, in this case Chief Ndiweni, truly deserves our support.”

Ndiweni has approached the High Court seeking to overturn a Local Government ministry decision to remove him as substantive chief on grounds his chieftainship is being contested by his elder brother, Joram, who argues he is the heir to the throne.

Newer Post
The growth of the concept of devolution in Zim
Older Post
MACHETE GANGS: Seven arrested for supplying weapons as police swoop down on Mbare