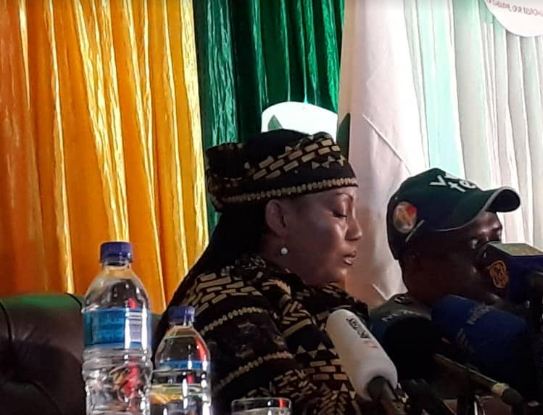 A 25-YEAR-OLD Chitungwiza man who allegedly retweeted a message from a ghost account named after the Zimbabwe Electoral Commission chairperson Justice Priscilla Chigumba yesterday told the court that he “mistakenly” pleaded guilty to the charges due to a misunderstanding of the essential elements of the offence.

Night Tawona Shadaya, who is represented by Noble Chinhanu from the Zimbabwe Lawyers for Human Rights, told Harare magistrate Rumbidzai Mugwagwa that she must record his plea as not guilty regardless of his initial plea.

“In this matter, the accused person has never had intention to commit the offence and was not afforded the chance to defend himself,” Chinhanu said.

“The crucial fact, which was omitted in his record, is that the accused was not made to enquire if the Twitter account he retweeted from was fake or not fake. The accused only retweeted from the account which he believed was Chigumba’s. If I posted something bad about myself and the Zimbabwe Broadcasting Corporation picked it and reports on it, will they be charged for criminal conduct?”

Chinhanu said the court should change Shadaya’s plea to not guilty as the essential elements of facts were missing from his initial plea recording.

The State, represented by Francisca Mukumbiri, opposed the application, saying Shadaya must not belabour the court with an application to change the plea as the court was only waiting for him to proffer special circumstances of the matter as he was already convicted.

Mukumbiri said Shadaya must give a full explanation to the court as to why he pleaded guilty and also why he was changing his plea.

“The accused apologised after pleading guilty to the charges and he went further, opting to educate youths from retweeting messages deemed malicious to other people. The ignorance of the law was not an excuse to alter the plea,” Mukumbiri said.

Magistrate Mugwagwa postponed the matter to today to rule on the application.

It is alleged that sometime in August this year, an unknown person created a Twitter account in the name of Justice Chigumba and tweeted a message which read: “I can’t wait for the elections fiasco to come to an end. I could do with a holiday and some good sex. My body needs a break.”

The court heard that in the same month, Shadaya retweeted the message from that Twitter account, thereby engaging in criminal insult through his conduct, which seriously impaired Chigumba’s dignity.

Chigumba was alerted to the message by a friend and made a police report. The court heard that Chigumba never owned a Twitter account.