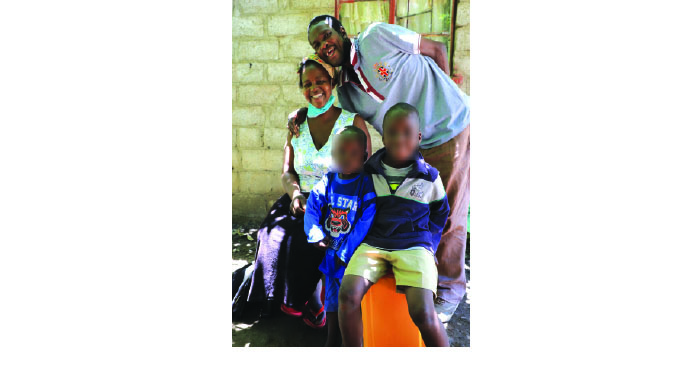 It was a daring movie-style operation that was hitherto regarded as inconceivable, especially considering Chikurubi Maximum Security Prison is the country’s most secure prison.

Although there have been countless stories to try and explain what happened, the exact details of the prison break are still shrouded in mystery.

However, former hardcore criminal and convict Fungai Mutenda, who at one time was in custody with the dangerous quartet — Chidhumo, Chauke, Musariri and Ngulube — not only claims to have had a front-row seat on the fateful day, but considers himself the mastermind.

He is, however, still traumatised by this sad and regrettable episode.

“It pains me up to now. Some of the people who suffered or lost their lives because of his (Chidhumo) prison escape would not have if I had not played a major role,” said a remorseful Mutenda in an interview with The Sunday Mail Society.

After his daring escape from custody, Chidhumo went on to reunite with his friend and partner in crime, Edgar Masendeke, who was similarly on the run after escaping from custody.

The duo’s unholy alliance had earlier begun when they were at Mutimurefu Remand Prison in Masvingo.

The Zimbabwe Republic Police (ZRP) had an onerous task of trying to account for the pair, who went on a ruthless and bloody crime spree.

Chidhumo and Masendeke’s rose to infamy during a reign of terror in and around Zimbabwe in the mid-90s.

But Mutenda claims to have seen the light and is now one of the leading crime-busters in Mbare, where he was born and bred.

“There is no justification for committing crime. Any case that comes my way, I inform the police and make sure the culprits are arrested,” boldly declares Mutenda.

His friends also say he is now a changed man.

“We all knew he was a criminal and his arrest did not surprise us. I am happy that he has reformed. The time he spent in ‘college’ has helped him become a better man in society,” said Godfrey Chafudzika (52).

Mutenda was arrested in 1990 and sentenced to 10 years in prison for a series of violent crimes that mainly involved carjacking.

“I was found guilty only for two counts of the numerous crimes I had committed and sentenced to 14 years in prison. Four were suspended on condition of good behaviour,” explained Mutenda.

He spent the first seven months of his sentence in solitary confinement at Harare Central Prison.

He was subsequently transferred to Chikurubi, where he reportedly met Chidhumo, Chauke, Musariri and Ngulube in 1997.

Chidhumo had initially been arrested and sentenced to four years in prison from 1991 for car theft.

After serving his sentence, the ex-convict went on an armed robbery spree and was arrested again in Bulawayo before the end of 1995.

Chidhumo was then re-arrested in 1997 in Mozambique.

He was convicted by a Masvingo regional magistrate before he was transferred to Chikurubi in 1997 to serve his 42-year sentence.

“I never had plans to escape. All I just wanted was to serve my sentence and go to start a new life,” said Mutenda.

But after the unfortunate passing on of his father, Anthony Mutenda, in 1994, he changed his mind.

“I badly wanted to be at the funeral, or at least see his grave, but I was denied the chance. It psychologically affected me. I then started thinking of escaping.”

He kept his plan close to his chest.

In 1995, he roped in notorious criminal Elliot Matiki, who had been transferred from Mutare Prison to Chikurubi after he escaped and was recaptured.

It is during their many secret meetings that Chidhumo, Chauke, Ngulube and Musariri joined in the plot in 1997.

“There was limited privacy so we used codes that only the gang could understand to avoid being detected. Using encrypted language, which most youths who grew up in Mbare by then understood, I wrote a letter to my sister asking her to bring hacksaw blades that we would later use to cut security bars, and she delivered,” claims Mutenda.

“The blades were perfectly stashed in my supplies. Even the officers on duty could not detect them. For more than three months we would cut the bars bit-by-bit every day until the day finally arrived.”

Mutenda says he decided to cop-out after one of his friends (only identified as Mike) warned him against the idea basing on a bad dream he had just had.

He went on to unsuccessfully warn his fellow inmates.

“Just after they left, I started hearing gunshots. Moments later, we saw one of the guys lying lifeless in a pool of blood. I immediately saw the danger of trying to escape,” he said.

Musariri was shot dead, Ngulube later died from serious wounds sustained during the escape, while Chauke was recaptured.

The duo was later recaptured following a series of police operations.

They were then transferred to Mutare Prison that same year (1997).

The duo successfully escaped custody in Mutare and were later recaptured at Forbes Border Post on their way to Mozambique.

They were then transferred back to Chikurubi in 1998.

“We thought we were going to get a steeper sentence because of that incident but somehow we did not. We just got back to Chikurubi and continued with the previous sentences,” he narrated.

“I finally reformed and told myself that I would never attempt to escape again, so I stayed put until I finally got my freedom in 2000. Staying in jail was tough.”

But could Mutenda’s account of the events be factual or they are simply a fabrication?

“During the time that Mutenda came to Chikurubi, I was then a junior officer there. He was a vocal and deviant inmate, (who) would be involved in organised fights and various other mischief,” said a senior Zimbabwe Prisons and Correctional Services (ZPCS) official, who elected to remain anonymous.

“Even as a staff inmate, there were several official and unofficial reports against him until he was later transferred to Mutare Prison after he was linked to the August 1997 prison break at Chikurubi.”

Upon release, Mutenda was picked up by his aunt and friends from Chikurubi.

However, he struggled to adapt as he had become an outcast.

For more than three months, he slept in his brother-in-law’s car.

This was until his friends helped him build a backroom at his late father’s compound, where he currently resides.

“I stay with my wife, our three children and blind younger brother,” said Mutenda.

He is now self-employed as a housing agent.

The ex-convict met his wife Nyasha 11 years ago.

“When I met him, he told me about his criminal history but judging by his character, I initially thought he was lying,” said Nyasha.

Born fifth in a family of seven, the 51-year-old attended Chiroodzo Primary School before proceeding to Morgan High School in Harare.

He completed his Ordinary Level in 1987.