China to impose sanctions on US firms 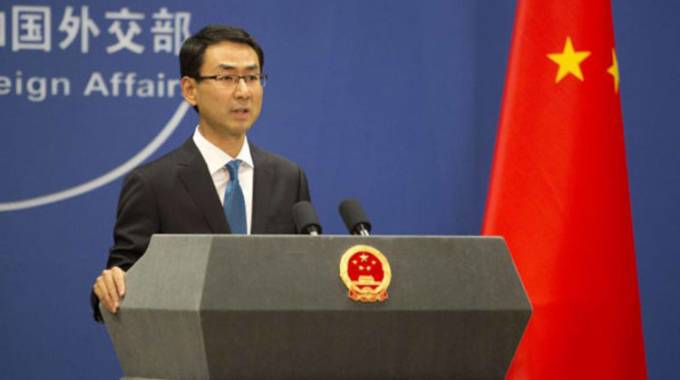 US companies involved in a potential arms sale worth US$2,2 billion to self-ruled Taiwan will face sanctions, China said, warning Washington “not to play with fire”.

Taiwan on Saturday defended the weapons purchase, saying it will strengthen Taiwan’s self-defence in the face of a growing military threat from China.

“The national army will continue to strengthen its key defence forces, ensure national security, protect its homeland, and ensure that the fruits of freedom and democracy won’t be attacked,” the defence ministry said in a statement.

The planned weapons sale, the first transfer of big-ticket US military gear to democratically governed Taiwan in decades, came as ties between Washington and Beijing are already strained by a trade war.

“The US arms sale to Taiwan has severely violated the basic norms of international law and international relations,” Chinese foreign ministry spokesman Geng Shuang said in a statement on Friday.

“In order to safeguard national interests, China will impose sanctions on US enterprises participating in this sale of weapons to Taiwan,” he said. Foreign Minister Wang Yi, during a visit to Hungary, asked the US to “recognise the gravity of the Taiwan question”.

China, which views Taiwan as part of its territory, bristles at any country that lends the island state any diplomatic support or legitimacy.

Even though Taiwan, which split from China following a civil war in 1949, doesn’t have diplomatic ties with the US, Washington provides Taipei with military and other support.  Beijing regards this as interference in its internal affairs.

On Monday, the US State Department announced the US$2,2 billion potential arms sale to Taiwan, which includes 108 Abrams tanks and 250 Stinger surface-to-air missiles.

Taiwan would be massively outgunned in terms of troop numbers and fire power in any conflict with China, and has sought to upgrade much of its increasingly obsolete military equipment, especially in its air force.

“Taiwan stands in the frontline of China’s ambitious expansion and faces enormous threats and pressure from Beijing,” the Taiwanese foreign ministry said in a statement.

“This arms sale of M1A2 tanks and various missiles will help greatly to increase our defensive capabilities.”

Abrams tanks and Stinger missiles — which are portable and can be quickly moved by soldiers in the field — would significantly increase Taiwan’s ability to counter Chinese armour and warplanes in the event of an invasion.

“The M1A2 tanks are very reliable and will become an essential part of our ground defence because of their manoeuvrability,” Lieutenant General Yang Hai-ming of the Taiwanese army told reporters.

“Having the M1A2 to replace our older tanks will quickly and effectively boost our defence capability.”

The US shrugged off China’s complaints, saying the military equipment would contribute to “peace and stability” in Asia.

The State Department responded by saying the transaction doesn’t change US recognition of Beijing as China’s sole government.

“Our interest in Taiwan, especially as it relates to these military sales, is to promote peace and stability across the strait, across the region,” spokeswoman Morgan Ortagus told reporters.

“So there is no change of course in our long standing one-China policy,” she said.

Meanwhile, Taiwan’s President Tsai Ing-wen arrived in New York City on Friday on a two-night “transit” stop on her way to four Caribbean nations — Haiti, St Kitts and Nevis, St Vincent and the Grenadines, and St Lucia — for an official visit.

The Caribbean island nations are among the few countries that recognise Taiwan instead of China.

The Taiwanese leader was also scheduled to deliver a speech at a US-Taiwan business summit and attend a dinner with members of the Taiwanese-American community.

She will make another two-night US stop on her way home.

Tsai dismissed Chinese criticism of both her visit and the arms deal.

“We don’t need our neighbour to make irresponsible remarks,” she told reporters in New York, according to Taiwan’s official Central News Agency.

She has rejected Chinese pressure to reunite Taiwan and China under the “one-country, two-systems” framework that governs Hong Kong.

She said the people of Taiwan stand with the young people of Hong Kong who are fighting for democratic freedoms in ongoing protests.

“Hong Kong’s experience under ‘one country, two systems’ has shown the world once and for all that authoritarianism and democracy cannot co-exist,” Tsai said.

China urged the US to abide by the “one China principle” and to “not allow Tsai Ing-wen’s stopover, cease official exchanges with Taiwan, and refrain from providing any platform for separatist Taiwan independence forces”. — News Agencies