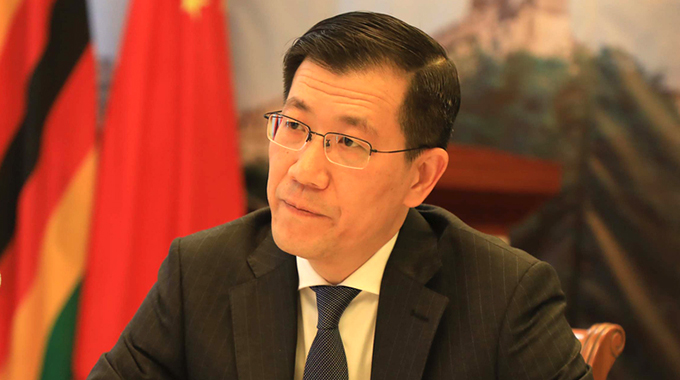 China will provide fresh funding for new infrastructure projects that are expected to jerk the economy and create new jobs. Reports of prospective funding come in the wake of last week’s visit by the Asian giant’s top diplomat and Foreign Affairs Minister Wang Yi.

The new projects are the long-waited construction of Kunzvi Dam, Harare-Chirundu highway, refurbishment of Sable Chemicals fertiliser plant, rehabilitation of Harare’s water system, a power transmission arrangement and export of citrus to China

China is expected to provide concessionary loans for Kunzvi Dam, the Harare-Chirundu Highway and the Sable Chemicals fertiliser plant.

On the citrus exports, the Asian giant will facilitate the access of markets and removal of impediments to trade while financial facilities will be provided for Harare’s Morton Jaffray.

Under the power transmission deal, an arrangement has been made to ensure adequate supply of electricity to the New Parliament Building in Mt Hampden to guarantee smooth development of the new city.

Funding for all the projects will be provided under the scope of Chinese signature foreign policy programme, the Belt and Road Initiative (BRI), as well as the Forum for China Africa Cooperation (FOCAC).

“For the six new projects, the two sides will further discuss on implementation. Practical cooperation is a major part of relations. China will always do its best to support Zimbabwe. The win-win principle is what guides cooperation between China and Zimbabwe.

“We are going to further discuss on the new projects and conduct more research on the sustainability and feasibility of the projects.

“Also, we need to arrange how we are going to finance the loans. It’s a process and we have to handle it in a very responsible, but active way. I am confident that the two will come up with firm strategies for these new projects.”

Ambassador Guo said in addition to the new ventures, the two countries had also knuckled down on challenges affecting existing projects such as the Hwange Thermal Power Station Units 7 and 8 construction and refurbishment of Robert Gabriel Mugabe International Airport, among other deals.

He said China made a commitment to continue funding the projects and ensure completion according to set timeframes.

“The major projects that are being implemented are advancing well and China promised to complete the projects on time and with high quality. Even if we have some challenges we agreed that we should be able to work together,” said Ambassador Guo.

He said China had a “special interest” with Zimbabwe, while adding that the visit was “successful”.

“The two sides exchanged views on the interests we are concerned with. The purpose is to push forward the political relations and practical cooperation and increase people-to- people exchanges,” he said.

“I can say the visit was very successful. China and Zimbabwe enjoy a time-honoured friendship. In 2020 we will work together to achieve more in our cooperation and achieve more outcomes for our two countries and our peoples.”

“We are very pleased that Zimbabwe is one of the first stops of the visit,” said Ambassador Gou after Minister Wang also toured four other African countries in line with China’s tradition of making Africa its first diplomatic destination of the year.

Speaking after talks with Dr Moyo last week, Minister Wang said Zimbabwe had become an important partner for China under the BRI.

He said this year’s 40th anniversary celebrations, for the establishment of diplomatic relations, engenders the two countries to heighten all forms of cooperation.

“China is pleased to see that China and Zimbabwe relations have been upgraded to comprehensive strategic cooperative partnership, and Zimbabwe has become an important partner of co-building the “Belt and Road Initiative”.

In his remarks at the end of the visit, Minister Wang said China was sincere in its partnership with Africa.

“In terms of infrastructure, China has built more than 6 000 kilometres of railways and roads respectively in Africa, as well as nearly 20 ports and more than 80 large power plants,” he said.

Minister Wang said trade between China and Africa stood at over US$200 billion in 2019, while noting that the Sino-Africa partnership has also motivated other parts of the world to shore up their investments on the continent.