Chinamasa says no to SADC mediation in Zimbabwe 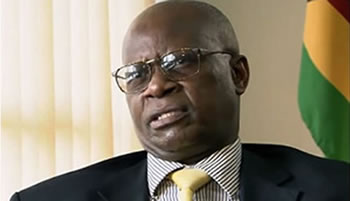 ZANU PF has made their position clear on any plans for SADC mediation in the controversial election results.

He said the MDC must accept their election defeat. He also told them that they should go to the courts if they have a problem.

Speaking to Newsday he said: “If there is any Presidential candidate or National Assembly candidate who is dissatisfied with what happened, the courts are there, the Constitutional Court is there, the Electoral Court is there and we have set up these courts jointly in order to address these disputes and the requirement is that these courts would give their decisions expeditiously . . . So I want to invite Mr Tsvangirai to please avail himself to these constitutional provisions so that he can get the remedies that he thinks he deserves.”

Chinamasa then became angry when Newsday asked him how MDC-T leader Morgan Tsvangirai would get a fair hearing in a court run by ZANU PF sympathisers.

“That is rubbish, rubbish. The truth of the matter is we don’t even decide who the judges are. They come from the Judiciary Service Commission. Some of them I meet them at the swearing-in. As minister, how do I know a competent lawyer? I don’t go into court . . . They only rubbish the courts when decisions are against them . . . That is why they went to rubbish the courts to the Sadc extraordinary summit in Maputo,” Chinamasa responded.

The MDC has said that it planned to approach President Zuma with evidence of the rigging that took place.

It appears unlikely that they will get a sympathetic hearing, after both the African Union and SADC observer missions on Friday urged the parties to accept the results of the election. Both observer missions had also already stated that the election was free and peaceful. They still haven’t made up their minds about the ‘fair’ bit.

via Chinamasa says no to SADC mediation | SW Radio Africa.