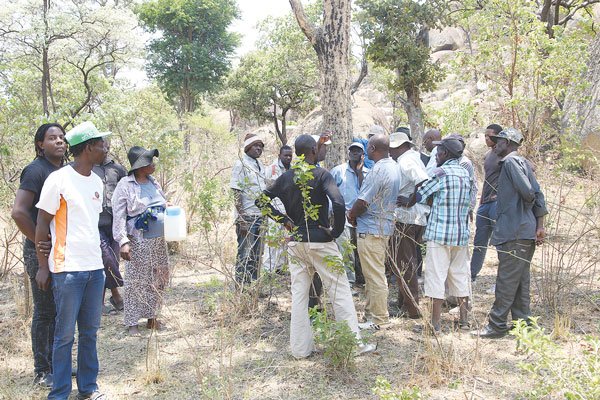 Custodians of the sacred Nharira Hills Heritage Site are up in arms with a Chinese-linked company Edsabri Investments, which has interest in mining quarry in the area for cement production.

When NewsDay arrived at the site yesterday, the company was already removing its equipment as ordered by the National Museums and Monuments of Zimbabwe with villagers witnessing and jeering Chinese nationals who were supervising the movement.

“We want to know the people who were consulted by EMA when they were doing their EIA because we were never consulted. We, as villagers, are demanding an urgent stop to the excavation, mining and desecration of the Nharira Hills given its status as a traditional heritage site.

“They should find another place to do their mining out of this area. This year, we failed to do the rain-making ceremony (mukwerera) because of this dispute. The whole process needs to be revised right from the start as everything is shady, due procedures must be followed with all stakeholders involved. Nharira Hills Heritage Site is a protected site,” Kawanzaruwa added.

Nharira Hills are located near Norton, about 20km west of Harare, and comprises of five hillocks that are interconnected by underground tunnels, spreading over Somerby, Kilworth, Saffron Walden and Stonehurst farms.

Kawanzaruwa added that operations of Chinese companies in the surrounding hilllocks as there will be mining quarry would destroy cultural and ancestral relics beneath the ground and were supposed to move further from the hills as they are interconnected by underground tunnels.

National Museums and Monuments regional director Godhi Bvocho was also at the site witnessing compliance by Edsabri Investments as this was meant to preserve sacredness of graves, rock paintings and the ruins at Nharira Hills.

“An instruction was given to Edsabri Investments to move all the equipment and go outside Nharira Hills because it was illegal for them to operate there. There was no authorisation from National Museums and Monuments,” Bvocho sid.