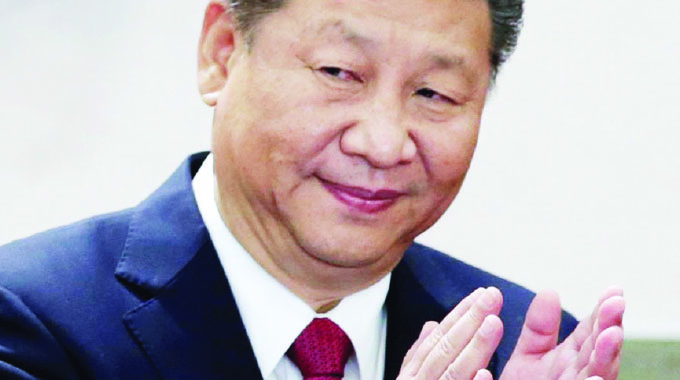 Tomorrow, the country will mark its Independence Anniversary under the theme “Together growing our economy for a prosperous, resilient and inclusive society”.

In this pursuit, which is part of the national Vision to become an upper middle class economy the Chinese President said his country is committed to walking the journey with Zimbabwe.

The Independence Day celebrations come at a time when the country has been battling with success the Covid-19 pandemic and in the fight against the global pestilence China has been at the forefront of assisting Zimbabwe through provision of sundries and recently gifts of the Covid-19 vaccines.

“On the occasion of the 41st Anniversary of the Independence of the Republic of Zimbabwe, I wish to extend, on behalf of the Chinese Government and the Chinese people and in my own name, to you, and through you, to the Zimbabwean Government and people my sincere congratulations and wishes.

“Last year, we celebrated the 40th anniversary of the establishment of bilateral ties and mapped out a blueprint for their continued growth in the new era. In response to the global pandemic, we have been making joint effort to enhance healthcare cooperation in a community of shared destiny for China and Zimbabwe and the rest of Africa, most notably through the China-Africa summit on Solidarity against Covid-19. I attach great importance to growing our relations. Together let’s bring the comprehensive Strategic Partnership of Cooperation between our two countries to higher levels.

“On this occasion I wish your great nation lasting peace and prosperity and the people of Zimbabwe happiness and good health”.

The country is currently in its second phase of the mass vaccination programme which is targeting teachers, the clergy, members of the security sector, the elderly and people with chronic conditions, among other priority groups.

President Mnangagwa has assured the nation that every Zimbabwean eligible for the vaccination will get the jabs free of charge.

Zimbabwe is seeking to vaccinate 60 percent of the country’s population to achieve herd immunity.

On February 18 Zimbabwe launched the first phase of its vaccination drive after receiving its first batch of Sinopharm vaccines that were gifted by China.

China and Zimbabwe enjoy cordial bilateral ties and China has offered a helping hand to Zimbabwe’s fight against the pandemic since the onset of the virus in the country last March.