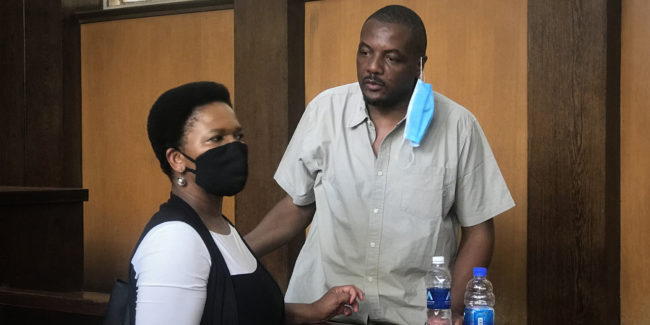 Chin’ono’s lawyers Beatrice Mtetwa, Gift Mtisi and Doug Coltart were in the midst of updating journalists of what had transpired in court when they were interrupted by riot police and ordered to disperse.

But Mtetwa told the police that it was not necessary for them to disrupt them because they were not engaging in any violent activity.

“Why are you here when we are simply addressing journalists peacefully?” Mtetwa quizzed the police officers.

“You are armed with a baton stick as if there is violence here, but it is just a mere address to the Press. Why do you have to behave like that?”

Chin’ono’s trial on charges of inciting public violence kicked off on Monday when he applied for an exception of the charges, arguing that he had no case to answer.