Chin’ono to spend weekend behind bars 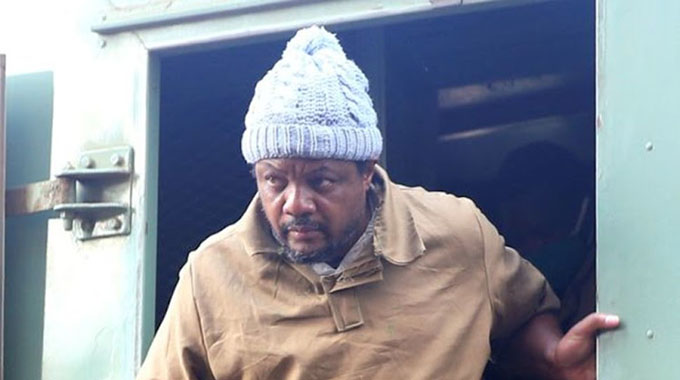 Political activist Hopewell Chin’ono (49), who was arrested on Friday for allegedly posting falsehoods on social media, will spend the weekend behind bars and appear in court tomorrow after he was remanded in custody by a Harare court.

Chin’ono was picked up after claiming on Twitter that police had used a baton to fatally assault a minor that was strapped on its mother’s back in central Harare.

He appeared briefly before magistrate Mr Lanzini Ncube facing charges of publishing or communicating false statements prejudicial to State as defined under Section 31 (a) (iii) of the Criminal Law (Codification and Reform) Act, Chapter 9:23.

The State, led by Mrs Farirai Nyamutowa, told the court that Chin’ono intended to undermine public confidence in the police by making the false allegation.

“Allegations are that on a date unknown to the prosecutor but during the period between 5 January 2021 and 7 January, the accused published a false statement to members of the public through his Twitter handle @daddyhope falsely alleging that a child had been beaten to death by a Zimbabwean police officer after the police officer indiscriminately beat the mother of the child in Harare knowing that the statement was false and he had not verified it as true,” reads the charge sheet.

“Investigations conducted by the police established that the alleged nine-month-old baby is alive and was never assaulted by a ZRP officer with a baton contrary to the accused person’s statement,” she said.

He is being charged under Section 31 of the Criminal Law (Codification and Reform) Act for publishing or communicating a statement intending or realising risk or possibility of inciting or promoting public disorder or public violence or endangering public safety, or for undermining public confidence in law enforcement agencies.

He is expected to appear in court tomorrow.