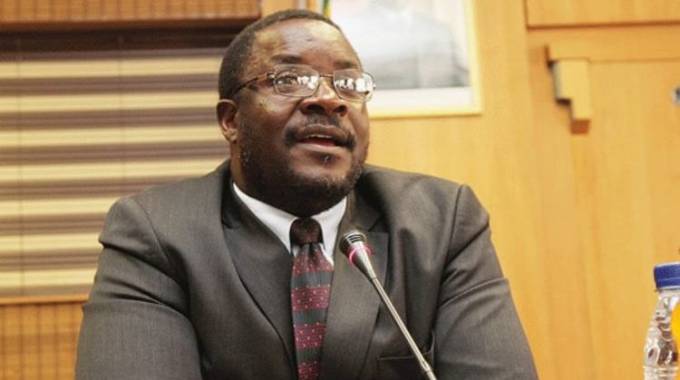 GOVERNMENT yesterday issued Statutory Instrument (SI) 63A to correct anomalies contained in SI 50 of 2021, which ordered the eviction of over 12 500 villagers in Chilonga, Chiredzi, to pave way for a Dendairy lucerne grass project.

Following days of public outcry and an uproar from the villagers, opposition politicians and non-governmental organisations, government yesterday repealed SI 50 of 2021 and issued SI 63A of 2021, which states that the project to be established in Chilonga is an irrigation scheme.

“Statutory instrument was corrected ‘by the deletion of the words purpose of lucerne production’ and substitution of ‘establishment of an irrigation scheme’.”

Following the amendment, Presidential spokesperson George Charamba said: “Dendairy is a very small part in the equation. Too small in fact. We have huge supply contracts for a variety of products enough to exhaust the ardour of the community combined. The whole of Chilonga is set for massive transformation, harbinger of which is the revived irrigation.”

But United Kingdom based lawyer Alex Magaisa said the Chilonga villagers were still in danger of being evicted.

“The regime is playing hide and seek with the beleaguered Chilonga community. It has issued a new statutory instrument, but the change is largely an illusion. The Chilonga community is still in danger of removal.”

Last week, President Emmerson Mnangagwa ordered the convening of a high-level meeting to deal with the matter that was getting out of hand, with sources who attended the meeting saying there were suspicions of infiltration in the Attorney-General’s Office by interested parties in order to derail the project.

The sources also alleged that there was sloppy supervision of the handling of the matter by the ministries of Local Government and Public Works, and Agriculture.

SI 50 of 2021, experts said, was ultra vires the Communal Lands Act, adding that the drafters might have been infiltrated to scuttle the process.

The project, sources who were part of the meeting said, was actually an irrigation scheme of over 200 000 hectares and the project was not a creation of the current government.

“It is a plan by Rhodesians many years ago, in the 1950s. What we have just done is to now say we have water in Tugwi-Mukosi and Lake Kyle and plans to build Runde-Dende and a good water basis and plan,” a source said.

The source said there were fears that people interested in the project caused the insertion, through some drafters in the Attorney General’s office, clauses to trigger outrage and scuttle the process.

Last week, Charamba tweeted saying: “Trust me, all those with throbbing veins on Chilonga will realise its all much ado about nothing. As early as Monday. The courts are not foolish to give interim relief over nothing happening materially on the ground anyway.

“Facts on the ground show very few households stand to be affected by this new thrust, huge swathes of which land fall within unutilised zones. The few households which may be affected only get so affected in the sense of being re-sited as already indicated, all at government expense and for improved rural housing.”

Under SI 50 of 2021, government ordered the eviction of over 12 000 villagers, translating to more than 2 500 families for a grass farming project run by Dendairy, a dairy firm headquarted in Kwekwe and run by Neville Coetzee, who reportedly has strong links with Mnangagwa.

On Saturday, the Masvingo Magistrates Court issued a temporary relief to stop the evictions after the Zimbabwe Environmental Law Association filed an urgent chamber application seeking to interdict the government from going ahead with its plan.

The planned evictions were described as unconstitutional and “colonial mentality” by law expert and National Constitutional Assembly leader Lovemore Madhuku.