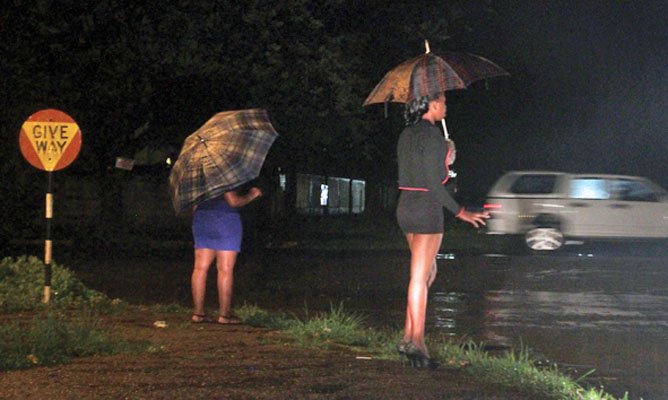 A CHIREDZI resident is set to present a report on rampant child prostitution on May 9 before the Parliamentary Portfolio Committee on Justice, Legal and Parliamentary Affairs chaired by Makoni South legislator Dudzai Misheck Mataranyika.

Clerk of Parliament, Kennedy Chokuda, confirmed receiving the petition during the first session of the ninth Parliament. He has since referred the matter to the Justice, Legal Affairs and Parliamentary Affairs Portfolio Committee

Marko Shoko petitioned Parliament after an upsurge in child prostitution in Chiredzi and surrounding areas. He wants Parliament to investigate and ensure protection of the rights of children as enshrined in the Constitution and the International Human Rights instruments.

According to him, the upsurge in child prostitution is the consequence of relocation of Tugwi-Mukosi victims to arid Chingwizi Transit Camp in 2014, an area with poor living conditions and no source of income.

The withdrawal of non-governmental organisations, lack of government support and the breakdown of families and poor education were compounding the situation, he added.

“The invasion of Mkwasine Estates, Senuko and Humani ranches during the fast-track land reform programme also had serious effects after most parents lost their jobs and left for South Africa, leaving behind child-headed families,” Shoko said.

He said girls as young as 11, who are referred to as “Zvijete” or “ZviMkwasine” are now living in groups of five or 10 in single rooms around Chigarapasi beer hall, where they pay $2 per day. Some are now living in a squatter camp that has sprouted along the Tanganda-Ngundu Highway.

This has led to an upsurge in unplanned and unwanted pregnancies, violence and drug abuse.

Shoko said the devastating drought and adverse economic conditions have forced the juveniles into prostitution, risking contracting sexually transmitted infections including HIV and Aids. According to Shoko, commercial sex workers are now fighting for clients with the juveniles, who are allegedly charging as little as $3, depending on the cost of a plate of sadza.

The petition reads: “Concerned that the majority of the female juveniles patronising beer halls and night clubs across the district soliciting for transactional sex are from Mkwasine and those displaced to make way for Tugwi-Mukosi Dam. We are troubled that this poses a challenge to efforts to reduce the HIV and Aids prevalence in this district and negates efforts towards achieving a zero HIV infection rate by 2030.