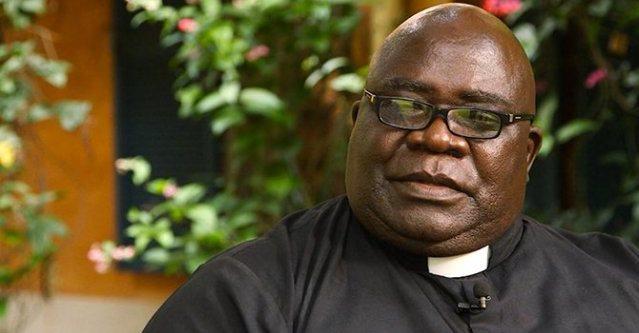 HARARE – Chishawasha rural community located 25 kilometres north-east of Harare is up in arms with the Zimbabwe and Mozambique Province of the Society of Jesus, commonly known as the Jesuits, over a residential stands development project on what they believe to be their ancestral land.

The community argues that the development will result in their displacement from the land which they have lived on for centuries.

They alleged that the Jesuits and former Local Government minister Ignatius Chombo changed the land use from agricultural to residential sometime around 2015.

In February this year, it is alleged that the development plan was approved by the Goromonzi Rural District Council.

The villagers, however, say no consultations were done with the
community about all these processes.

A project charter — prepared by CGM Consulting Engineers for the Jesuits in possession of the Daily News on Sunday — confirms that the Jesuits intend to develop the remainder of Chishawasha Farm into mixed residential stands complete with all amenities. The development is set to start next year.

The Chishawasha community, also known as Vashawasha, comprising six villages say they are disturbed by this development, especially coming from people who place high value on Christianity beliefs, norms and values.

Chairperson of the Chishawasha Valley Residents Association, Alexio Simian, said as a community they are surprised by the move which they have been hearing as rumour for a long time and they only confirmed it in February this year.

“We are really surprised, it was all rumour until in February this year when a permit to develop the land was granted. Fidelis Mukonori, told the government and the Goromonzi Rural District Council that he engaged us (the community) about the issue when this was not the case. We hear traditional leaders were offered stands so that they could give nod to the development plan.

“We tried to talk to him (Mukonori) but he simply refused to be engaged. We are not against the development of the area into an urban settlement but what we want is proper compensation which benefits all Vashawasha people.

“Imagine there are over 1 000 households but according to their plan only about 800 household will benefit. Besides the benefit is a high density 200 square-metre residential stand on which they promise to build a two-roomed core house. What about our cattle, our goats and our livelihood? Some people are not employed how will they survive?’’

The Jesuits confirmed to the Daily News on Sunday that they were working with government to convert the vast Chishawasha estate into an urban area, which could in time be incorporated within Harare, as the city expands outwards.

A Jesuit spokesperson said the idea of urbanising Chishawasha was first considered in the year 2000, following concerns that some of the problems of unplanned settlements that were experienced in Epworth could occur in Chishawasha.

“Given the huge demand for housing and the fact that there are already residential areas that have been established on the north, south and west of the estate, it was decided to accept the inevitability of the urbanisation of the area and work with government to establish a properly planned urban settlement,” said the spokesperson.

The spokesperson said the land, which measures almost 3 954 hectares, was officially zoned as commercial farming land under the Goromonzi Master Plan of 2000 but has mainly been used for Catholic Church institutions.

These include boarding and day primary and secondary schools, a seminary, convents, a church mission, a clinic, a development training centre and a retirement home for elderly sisters.

Among the best known of the schools in the area are St Ignatius College and St Dominic’s School.

There are also smallholder farmers living at Chishawasha, some of whose families have lived there since before or soon after the Jesuits established the first church institutions there, although many no longer farm but work in Harare.

“Plans for the urbanisation of Chishawasha have been discussed with these recognised settlers. The Local Government ministry’s Department of Physical Planning has granted a permit to convert the farm land to a residential area.

“The development plan envisages a mixture of low, medium and high density housing areas, as well as amenities such as schools, shopping centres and clinics.

“Land will be set aside for a cemetery and for churches. This will require considerable expenditure on essential modern urban infrastructure such as surfaced roads, water reticulation, electricity, lighting and sewage disposal.

“This infrastructure development will be financed by the sale of residential and commercial stands. The layout plan has been designed in such a way as not to disturb the existing homes of recognised settlers, although once the area becomes an established urban area these homes will need to meet the standard expected in urban areas.

“Most of these settlers have welcomed the urbanisation plan, which will result in them enjoying more modern amenities than are available on farmland, and have formed a residents’ association with which consultations take place,” said the spokesperson.

But Authur Mubaiwa from Nyamaro Village said the Jesuits were not the owners of the land in question as it was owned by their ancestors who were born in Chishawasha area and have been living there since time immemorial.

While Mubaiwa does not oppose the development he is against the notion that the Jesuits are the rightful owners of the land on which the Vashawasha people are settled and that they want to sell for their own benefit without the knowledge of the community.

The newly-elected councillor for the area Muziwakhe Banda said the Vashawasha people are legally settled in this area despite the fact that the Jesuits have title deeds for the land. What is needed is dialogue between the parties.

“As a resident and the new councillor for the area I am aware of this issue and it has been there for some time now, but as a community we are legally settled and are the rightful owners of this land.

“Irrespective of this, what I support is for people to have dialogue and come up with a consensus that benefits everyone not for the Jesuits to go it alone. We have been living in this area way before the Jesuits and we want development but it has to benefit both parties,” Banda said

A research by the Daily News on Sunday revealed that the Jesuit Mission arrived in the Chishawasha area between 1890-1898 as chaplains to the pioneer column.

In recognition of their service to the Company, Cecil John Rhodes gave them Chishawasha area to establish a mission.

Despite claims by Jesuits historical sources that Chishawasha was a deserted area, evidence from artifacts found in hills and caves, oral evidence and other sources indicate that Chishawasha was inhabited by people (vaShawasha) who had strong religious and political beliefs way before the arrival of the Jesuits Mission.