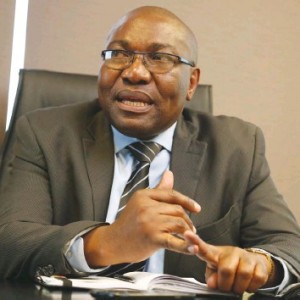 HARARE – Government has appointed a seven-member board to steer the Minerals and Marketing Corporation of Zimbabwe (MMCZ) following dissolution of the last board.

Chitando said he expects the new MMCZ leadership to “hit the ground running” and find ways to bring mineral value into the economy.

“… The MMCZ is expected to play a significant role in feeding into the ministry of Mines’ vision to make mining one of the leading contributors to the revival of the country’s economy,” he said.

However, the new board has its work cut out as the MMCZ has in the past been the centre of various misappropriation scandals unearthed by the office of the Auditor and Comptroller General.

In the year to December 2016, Auditor-General (AG) Mildred Chiri exposed massive misappropriation of funds at the MMCZ where huge sums of money exceeding the legally permissible threshold were spent on shady donations.

This comes as the government has always expressed concern over accounting for low revenues from the sale of minerals.

Concern has also been raised at how the revenue is being used amid reports that the bulk of the funds are diverted to personal use.

The report also highlights a major scandal where $25 228 was paid out to board members yet there was no board.

The report then recommended that MMCZ keep an attendance register to be signed by the board of directors as evidence of sittings.

It also said that MMCZ should review contracts of employment with regard to terminations amid revelations that the corporation was being fleeced through contractual obligations when some workers leave work.

The report said senior managers received fuel amounting to 51 120 litres in the year under review, but it was not processed through the payroll system and the managers were not taxed.

It says the fuel allocations were not prescribed in their employment contracts and there were no official documents showing that they were approved through a board resolution. — The Financial Gazette