Chivayo gets title deeds back 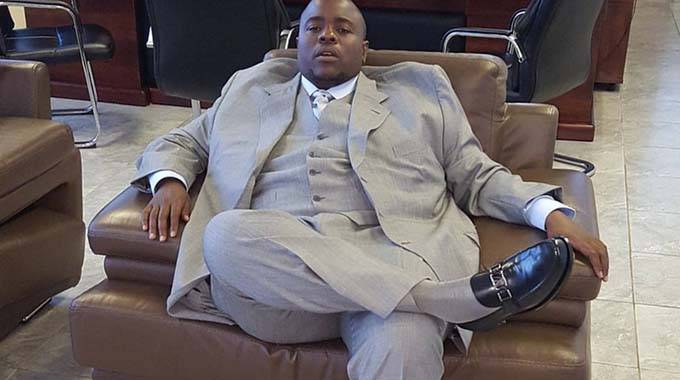 Fidelis Munyoro Chief Court Reporter
Wicknell Chivayo has been given back title deeds to his upmarket Colne Valley property, while his reporting conditions have been removed, but his bail has been raised to $10 000 to ensure he stands trial on bribery charges at the magistrates’ courts.

The businessman is accused of bribery after his company, Intratrek, allegedly transferred $10 000 into former Zimbabwe Power Company (ZPC) board chairperson Stanley Kazhanje’s personal bank account to influence the outcome of a tender process.

The High Court last Friday allowed Chivayo’s appeal against the magistrates’ court decision rejecting his application for variation of his bail condition on the grounds of changed circumstances.

Justice Webster Chinamora ruled that requiring Chivayo’s title deeds to be held in connection with the bribery charges seemed disproportionate to the gravity of the remaining offence he is charged with.

“My decision has taken into account the sentencing provision in Section 170 of the Criminal Procedure and Evidence Act and the remoteness of the risk of absconding it creates,” he said.

But to counterbalance the effect of freeing the title deeds, in the exercise of his discretion, Justice Chinamora increased the amount of bail to $10 000 from $2 000.

Chivayo had sought to have his bail condition varied to place him on terms similar to Kazhanje’s, his co-accused in the bribery case, after his acquittal on a US$5,6 million fraud charge that emanated from a botched ZPC Gwanda solar project deal. Justice Chinamora agreed with the contention of Chivayo’s lawyers Advocates Sylvester Hashiti and Keith Kachambwa that the trial court’s decision to place Chivayo on the same bail for the bribery charge as was set in connection with the US$5,6 million fraud charges, was a misdirection.

“It is self-evident that once the fraud and exchange control charges were set aside, the appellant fell squarely into the same position as Stanley Kazhanje,” said Justice Chinamora.

Bail conditions, he said, were imposed to fit the gravity of the crimes with which an accused is charged.
Justice Chinamora noted that when Chivayo was facing charges of fraud and breaching the Exchange Control Act, the alleged prejudice suffered amounted to US$5,6 million.